MDC is a very successful Australian company that produces campers and caravans.

These campers are marketed as tough and sturdy enough to handle all road conditions, but a few problems occur frequently.

We’ve found the 4 most common problems with MDC campers that you should know about before buying. 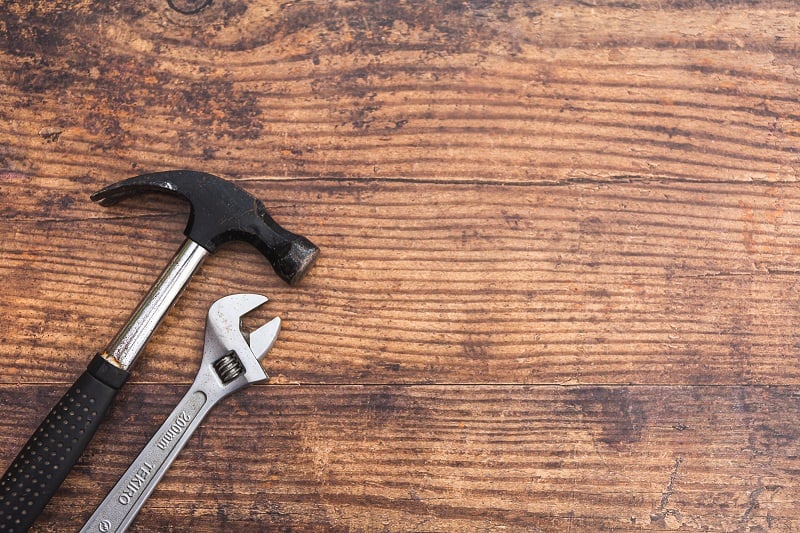 1. Leaks Are an Annoying Issue

The last thing you want when you’re out on the road with your camper is to worry about leaks.

Whether the leaks come from rainwater entering the camper or from faulty plumbing, it can be a real problem that will need to be fixed.

Many MDC customers have reported leaking issues, and all too often, the customer service team hasn’t been responsive to complaints.

Here are some of the most common areas for leaks in an MDC camper:

The water tank is definitely one of the most common sources of leaking issues in MDC campers.

Many customers have complained that the tanks are cracked or fitted badly, and this can also affect other areas of the plumbing system.

Unfortunately, when MDC has replaced the tanks, the problem often arises again.

Quite a few MDC customers have complained about frustrating leaks with their toilet and sink.

The toilets are prone to leaking because they haven’t been fitted properly, and the seals used are sub-standard.

The same goes for the kitchen sink, which can leak because of issues with the water tank or because of low-quality, loose-fitting hardware.

These leaks can cause messy cleanups that no-one wants to have to deal with.

Although MDC tents are constructed from supposedly high-quality and durable canvas, MDC users’ common complaint is that the tents are prone to leaks.

The tents can be very tricky to set up just right and can also tear quite easily at the seams. Not only that, but the zippers are reported by some customers to be low quality, and this is another area where water can get in.

Campers that feature annexes are particularly prone to these leaking issues, which can lead to a lot of frustration.

The parts and materials used in MDC campers can fail very quickly, and this leads to annoying interactions with the after-sales department.

All-too-many MDC customers have had to replace numerous parts on their campers to feel secure about going camping.

Many MDC customers feel that their camper wasn’t finished properly and that attention to detail was lacking.

It seems that MDC campers are rushed off the production line from bad stitching on the tent to loose screws and bolts.

It’s also disappointing to hear that some customers have even found pen marks and muddy footprints inside their new camper.

Once an MDC camper has been sold and delivered, it’s unfortunate when there are missing parts.

Often, the missing part means that the camper can’t be set up properly.

This is a widespread complaint from former MDC customers, and it leads to long wait times, as MDC often has to source replacements from China.

MDC campers are prone to numerous electrical issues that are not only frustrating but also potentially dangerous.

The most common areas to encounter electrical issues are the fridge and lights. Often, the fridge hasn’t been hooked-up correctly or doesn’t work at all.

As for the lights, they can be badly wired, which can be a real fire hazard.

Battery issues are another common complaint from MDC customers, who claim that the battery either doesn’t hold a charge or won’t charge at all.

3. Long Set-Up Times can be Tiring

Campers are supposed to be quick and easy to set up. Once the work is done, you’re free to enjoy your camping trip without any worries.

Long and complicated set-ups can put a real damper on your camping trip, and you might not want to deal with the hassle again.

Unfortunately, MDC campers can pose quite a few problems when it comes to setting up the tent.

The poles used to hold up the tent are difficult to separate and bend quite easily. It cannot be very pleasant to have bent poles in your camper.

Some MDC customers report that setting up the annex tent is really hard to do, even with 2 people. The poles have a habit of popping out of their keepers, and it isn’t easy to get the tent to stay up.

Popping the roof can take time, too, as the canvas stitching can rip easily.

By far, the most common complaints from MDC customers are about the customer service department.

The after-sales team has developed a reputation for being difficult to deal with, which has left many people feeling angry and frustrated.

Negative reviews aren’t always trusted, but many valid complaints have to be taken seriously.

These are the most common complaints about the after-sales team:

This is probably the top complaint about the customer service department.

Many MDC users have found it almost impossible to get through to the after-sales team.

Whether it be a phone call, an email, or a website contact form, the customer service department is slow to respond, if they respond at all.

When MDC users have reported their problems to the after-sales team, they’ve often had to deal with unfriendly and downright rude staff.

Customer service can be a high-stress job, but MDC should really make an effort to understand when talking to upset customers on the phone.

When MDC customers have been able to have their problems addressed by the after-sales team, they often have to wait for way too long for replacement parts.

Some customers have reported waiting for weeks for a replacement part to arrive.

This can be extremely annoying, especially if you’re waiting to be able to use your camper.

MDC prides itself on providing lifetime warranties for their campers.

However, some customers have reported having a hard time getting MDC to honor their warranty commitments.

If MDC offers a warranty for their products, they really should follow through without question.

MDC campers are built to withstand tough road conditions. Many people feel like they can take their camper anywhere.

People love features like solar and LED lighting, plus the internal shower.

With the annex attached, the camper has a lot of space, and people appreciate its functional layout.

MDC campers come with a lifetime warranty, which puts many minds at ease.

Many people love MDC campers because of their value for money.

“One thing the team at MDC do very well is add plenty of value in terms of quality accessories to their campers, and this one is no exception.”

“Set up was quick ‘n’ easy. Drop the legs and release the gas strut assisted boat rack. With no weight, it rises fairly quickly and kept me on my toes, a strap would be handy to control the rack, or you could tie a bit of rope on yourself.”

Although we’ve seen many complaints about MDC customer service from the after-sales team, many customers are happy with how they’ve been treated.

MDC campers continue to be a popular option for people who want a fairly affordable option.

However, as we’ve seen, there are quite a few potential pitfalls, and anyone who is considering buying one of these campers should proceed with caution.