The manufacturing of recreational vehicles is a multi-billion dollar industry that employs over 300,000 Americans alone.

This lucrative industry has many families smiling as they enjoy driving their version of their home away from home.

Where are RVs manufactured?

80% of recreational vehicles in the world are manufactured in Northern Indiana in the U.S. The epicenter of RV manufacturing is specifically Elkhart. According to the Recreational Vehicle Industry Association, the manufacturing of RVs in America is a $50 billion business. 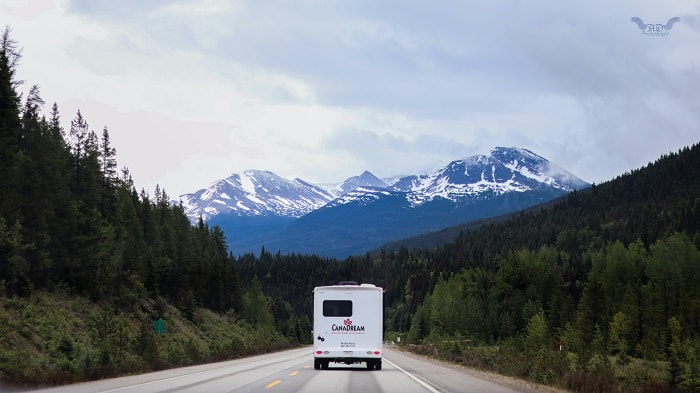 Where Are Most RVs Manufactured?

An estimated 80% of all RVs in the world are manufactured in this region of Indiana.

This means that the RV you are driving was most likely built in Elkhart, or at least in some region of the state of Indiana.

In 1948, Elkhart was first identified as the “Trailer Capital of the World.” During that year alone, there were more than 100 companies manufacturing RVs in and around the region of Elkhart.

It did not stop back then, the region continued to grow within this title, and Indiana was the perfect region since it offered a reliable transport system of railroads, roads, and rivers to help ship the RVs all around the country.

Where Are Coachmen RVs Manufactured?

The Coachman brand of RVs was founded by three brothers and their first year of production saw a total of 12 travel trailers being produced as well as a single truck camper and 80 truck caps.

Today they are still headquartered in the region of Middlebury, Indiana, and are a division of the brand Forest River, Inc.

Of course, their headquartered are a lot larger now, and their existing plant expands over 220 acres of land.

Where Are Thor RVs Manufactured?

The company name “Thor” originated from using the first two letters of each of the founders’ last names.

Thor Industries came about when the founders acquired Beatrice Foods and Airstream.

It was in 1982 that Thor grew into the RV market when they purchased a Canada-based General Coach. In 1986, they expanded into Class A and Class C motor homes when they bought out McPheters Machine Products.

Their subsidiary brands include Airstream, Jayco, Livin Lite RV, and Heartland RVs, among a few to name.

Their main headquarters are based in Elkhart, Indiana, but they do have manufacturing facilities in Ohio, Idaho, Oregon, and Michigan too.

Where Are Keystone RVs Manufactured?

Keystone RV was founded in 1996, and the reputable brand was bought out by Thor Industries in 2001.

The Keystone brand is one of the most popular brands of RVs in the world, and we couldn’t expect less when they are produced by one of the largest RV manufacturers globally.

Famous for their production of fifth-wheels and travel trailers, their main manufacturing plant is based in Goshen, Indiana.

Visitors are even allowed to tour the RV manufacturing plant to gain some insight into how their RV was built.

Where Are Heartland RVs Manufactured?

Still a relatively new brand, Heartland RV was founded in December 2003; it was, however, acquired by Thor Industries later in 2010.

Their first manufactured fifth-wheel was released in December 2004 under the Landmark brand, and they featured some industry firsts, such as the Universal Docking Center.

Heartland RVs are manufactured in Elkhart, Indiana, and are the 5th largest manufacturer of fifth-wheel RVs in the U.S.

Where Are Fleetwood RVs Manufactured?

Fleetwood RVs have a rich history that dates back to 1950 when it was first manufactured under the name Coach Specialities Company in Southern California.

In 1953, the company was renamed Fleetwood Trailer Company, and over the years, the manufacturing plant moved from Compton to Paramount to Anaheim.

In 1962, they moved again to Riverside, California.

After many successful years, the company, unfortunately, filed for bankruptcy in 2009, which saw Cavco Industries acquiring the business.

Where Are Jayco RVs Manufactured?

Founded in 1968, Jayco, Inc. is a subsidiary company of Thor Industries and based in Middlebury, Indiana.

They have a great employee base of 3,200 people. Interestingly three-quarters of the employees are from the Mennonite and Amish communities of Indiana.

The Amish community may be forbidden from driving RVs, but they are at the forefront of making them.

Middlebury is the heart of the Amish community, and unlike other Amish communities that are found throughout the U.S., the communities in Northern Indiana are in touch with the outside world and have excellent skills to share.

While most Amish communities are sustained by farming, after the 1980’s Farm Crisis hit, Amish families had fewer opportunities available to own land to farm on.

Luckily the growing RV manufacturing industry offered jobs for the Amish living in Northern Indiana, especially in Middlebury and Elkhart.

Where Are Winnebago RVs Manufactured?

Winnebago boasts the largest RV manufacturing plant in the world and is based in Forest City, Iowa.

The company is named after the area they are based in, Winnebago County.

An interesting fact is that Winnebago actually depended on the Native American history in the area as well as their traditions when it came to naming their variety of products.

“Chieftain” and “Brave” are just two of the names of their products that originated from the rich history they pulled from.

Where Are Forest River RVs Manufactured?

Forest River RV is a dedicated division of Forest River, Inc, which sells a wide variety of outdoor entertainment “toys” and craft.

Founded in 1996, Forest River RV has quickly grown to become one of the largest RV manufacturers in North America.

Forest River was initially based in Goshen, Indiana, but since expanding over the years, it is now headquartered in Elkhart, Indiana.

Where Are Flagstaff RVs Manufactured?

Flagstaff RVs is a model line that falls under Forest River RV and is manufactured in the same factory that is based in Elkhart, Indiana.

Flagstaff RVs and Rockwood RVs are both sister brands that are produced by Forest River RV.

The only difference between these brands is their distinct color scheme, making them similar in all other aspects across the two brands.

Where Are Grand Design RVs Manufactured?

All three of these founders had over 25 years of valuable RV experience, and combined, they developed a leading RV manufacturing business, Grand Design RV.

The three founders were initially partners in Keystone RV, and they helped lead the company to become one of the largest fifth-wheel and travel trailer producers in the world.

They left Keystone RV to build Grand Design RV in 2011.

Grand Design RV is situated over 67 acres of land in Middlebury, Indiana.

In 2016, news quickly spread about Grand Design RV being acquired by Winnebago RV, but despite the acquisition, they are still based in Middlebury, Indiana.

Where Are ARVs RVs Manufactured?

Adventure RVs are also known as ARVs, which stands for Artistry, Research, and Vision.

They allow RV enthusiasts to design their own motor home by choosing their Mercedes-Benz Sprinter chassis and personalizing their colors, drivetrain, safety features, and other comfort-related options.

The personalized ARV RVs are manufactured in Willoughby, Ohio, and their unique delivery program allows the new owner to camp at their facility so that they can explore their new RV together with the professionals who made it.

The Future of RV Manufacturing

Elkhart, Indiana, remains the RV capital of the world, and it does not look like they are about to relinquish their renowned title anytime soon.

Today, the RV manufacturing industry is growing at a larger scale than ever before, and Northern Indiana is staying ahead as the primary contributor in the world.

The state’s central location in America, historical success rate, business climate, manufacturing experience, strength in the market, and skilled workforce contribute to its status as RV Capital of the World.

The existing RV manufacturers in Elkhart, Indiana, are continually scaling and growing, and the automotive industry is quickly acting as a base in Indiana.

In 2016, Indiana was home to 111 RV manufacturing plants out of 228 that existed nationally and offered a direct economic output of more than $6.8 billion in 2015.

Now, there are nearly 1000 manufacturers of RVs, parts, and supplies located in Elkhart, Indiana.

Without a doubt, Indiana is where more than 80% of the world’s RVs are manufactured.

If you would like to tour a manufacturing facility to see how your RV was built, then the following brands offer insightful tours and are all based in Indiana:

Why the Amish Are Building America’s RVs