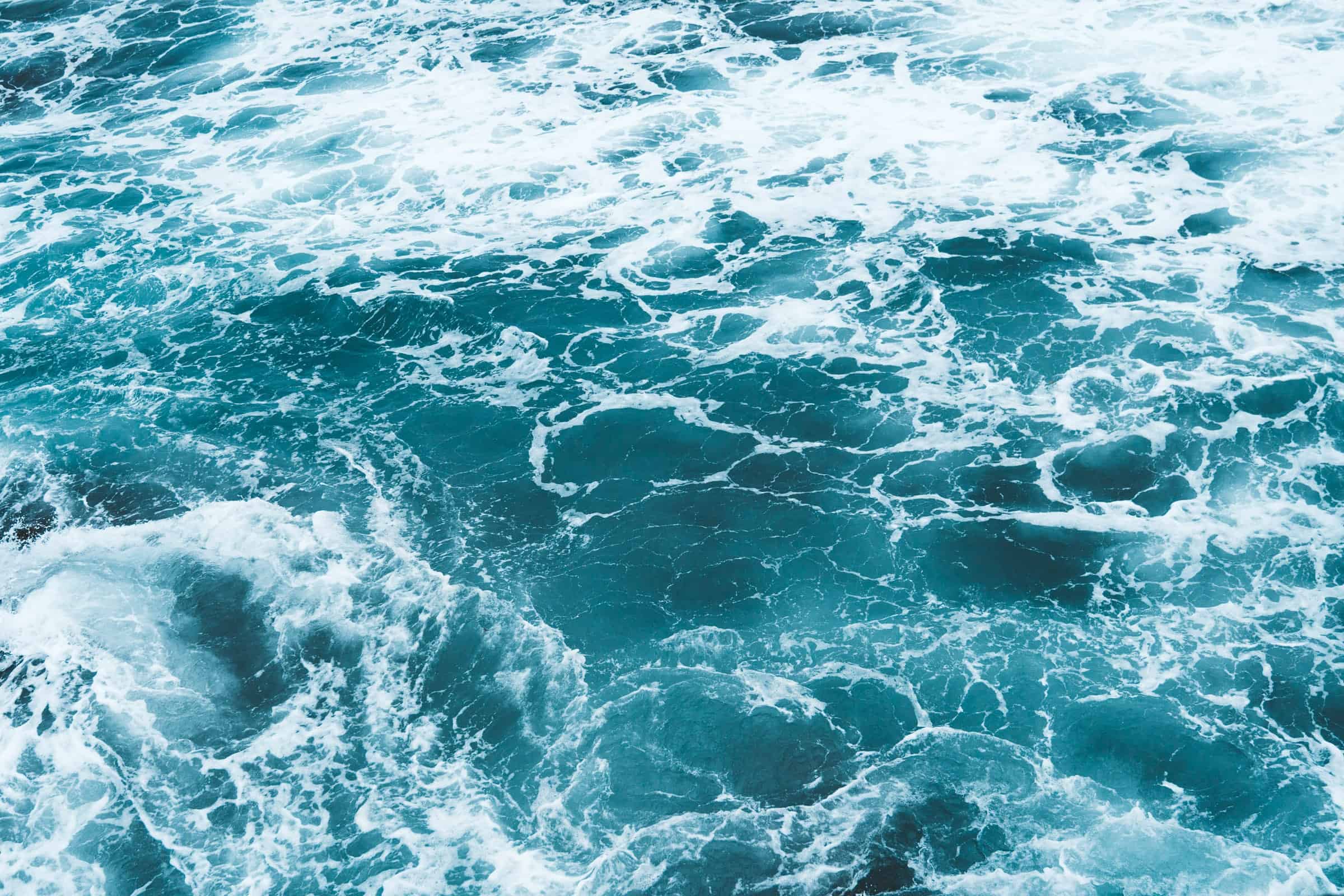 Encountering an earthquake on the open water can be a frightening prospect. Earthquakes are impossible to predict, and there isn’t much you can do to minimize their impact on your ship. You may not even feel the earthquake when you are on a boat out at sea.

However, you need to be aware of the many possibilities and emergencies that arise when an earthquake strikes – no matter where you are.

Here are all of the facts on what you expect from an earthquake on your boat.

Do You Feel Earthquakes on a Boat?

When you are on a boat during an earthquake, you may find that you feel the shaking or shifting of water beneath you. However, the effect is much smaller than most people expect.

Most people find that they will stumble or encounter a short bout of “sea legs.”

Sailors on ships can feel an earthquake and may even hear it if they are positioned directly above the origin. When this happens, many people mistakenly believe that their ship has run aground instead of realizing that an earthquake has occurred. It is only when they are able to keep sailing that they realize they were actually experiencing one of these natural disasters.

There are two different types of waves that make up an earthquake: P waves and S waves.

If you can feel the earthquake in the boat, you are most likely experiencing the P wave. However, the gentle rocking motion associated with this type of wave can often be lost in the general motion of the ocean.

On the other hand, this type of wave can do extreme damage to buildings and infrastructure on land. You may see some damage to the harbor and the marina upon your return from a day on the water with an earthquake.

Is it Dangerous to Be on a Boat During an Earthquake?

Many people will even fail to register that they are experiencing an earthquake when they are on their boat. They may experience some mild shaking that leads them to stumble or lose their balance momentarily. The sound of the earthquake is likely to be more noticeable than the actual sensation of the earthquake itself, particularly if you are already out on the open water.

Despite the fact that sailors are capable of feeling the impacts of an earthquake, damage to the ship is typically uncommon. It is relatively safe to be on a boat during an earthquake and during the potential aftereffects. Boats are actually much safer on the open waters if a tsunami occurs after the earthquake.

However, this does not mean that you should attempt to navigate your boat out of the harbor in anticipation of the tsunami. You may not be able to reach a place of safety prior to the crashing waves of the tsunami if you leave at such a late time.

Are Boats on Marinas and Harbors Affected by Earthquakes?

Your boat may be safe on the open water, but what if it is in the marina or harbor when the earthquake strikes? The seismic waves that come and go as part of an earthquake will affect buildings and infrastructure more strongly. There are many earthquake-related hazards including ground shaking, soil liquefication, landslides, and tsunami waves.

Your boat may not be able to feel these effects while it is out at sea, but there is a bigger issue brewing for those who are anchored in the marina. The docks and surrounding buildings may suffer a great deal of damage depending on the overall strength of the earthquake and any tsunami that follows it.

Because of the potential for damage to these areas, it is a possibility that your boat may become damaged as a byproduct. Many earthquake-prone areas try to take precautions that can minimize the damage done to thriving ports, but they cannot prevent all possible damage stemming from these natural disasters.

Make sure to be aware of storm warnings and have an emergency plan of action should the worst occur.

A cruise is one of the most relaxing vacations that many people will ever have. You can kick back and enjoy several days on the open water with no distractions and no agenda. However, some people hesitate to set foot on a cruise ship for fear of what they may experience on the open water.

Many people wonder whether cruise ships are large enough to absorb the potential shock from an earthquake while on the open water.

Could a cruise ship withstand the effects of an earthquake or even a tsunami?

In many cases, this depends on the overall magnitude of the earthquake. Cruise ships are usually able to weather small earthquakes effortlessly. You may notice some slight swell that makes you stumble a little bit or give you a sensation of seasickness. However, a larger earthquake may be more notable for its sound than for its actual physical impact on the ship.

Keep in mind that a cruise ship is usually pretty far from the coast as it navigates from one locale to the next. Being farther out on the water is actually a good thing if a natural disaster strikes.

You are far less likely to feel the effects of an earthquake or a tsunami if your cruise ship is away from the coast.

Are Tsunamis Dangerous to Ships?

Perhaps even worse than the earthquake itself is the tsunami that can follow. These high waves inundate the coast and pound everything in their wake. It seems impossible that this natural disaster would not pose a problem for your ship. They can crash against the shore for hours at a time while you sit back helplessly and watch.

There are several different ways to approach an impending tsunami. The first is to make sure that your boat is at least 100 meters away from the shore. If you are already on the open water when a tsunami warning is issued, the best idea is for you to stay exactly where you are. You will probably not feel the tsunami as badly on the water.

Tsunami waves often cannot be identified from the open water. Even if things feel like they are calm and safe, you should avoid returning to port until the radio declares it safe.

If your boat is still in the marina when the warning is issued, you should leave it where it is at. Risking your life to avoid damage to your boat simply is not an effective trade-off. You will likely find that you cannot maneuver the boat out to sea fast enough to avoid the effects of the tsunami waves.

For those who have boats in the marina, it is inevitable that you will see some potentially serious damage following a tsunami. The waves themselves can certainly cause harm to the boat, but they can also damage the dock. You may find that your ship suffered collateral damage as the infrastructure of the marina gave way.

Do not return to the marina with your ship or head to the dock to check on your ship until you are given the all-clear on the radio. You never know what type of damages might await you, and you need to take all the necessary precautions with your own safety.

While it may be tempting to witness the damage firsthand, this is best avoided.

Can I Protect My Boat From Earthquakes?

Unfortunately, there isn’t a whole lot that can be done to protect your boat from potential earthquakes or tsunamis. Unlike many other natural disasters such as hurricanes and tornados, scientists cannot predict the timing or severity of an earthquake far enough in advance.

Because there are no clear answers on when an earthquake can strike, you never know when to navigate your boat away from dry land.

While it is impossible to protect your boat from a future earthquake, there are a lot of things you can do to make your life easier if something happens. Try taking some of these steps to give yourself peace of mind.

Instead, you can simply be prepared to face the potential damages that may occur. Be sure to take pictures of the boat regularly for documentation and insurance purposes. Keep your original service records in your home instead of in your boat.

Take note of the HIN (Hull Identification Number) and other identifying details. These should be stored somewhere safe so that you can easily find them in the event of an emergency. For example, you may need them if your boat accidentally comes loose in the marina and floats away during an earthquake.

Just because being on the open water during an earthquake is a safer option, that does not mean you should seek out the open ocean when an earthquake occurs. This only applies to those already on open water, far from shore and a safe distance from the disaster zone.

Be safe, keep track of your boat and the damages it already has, and always, always have a backup plan or emergency plan if disaster strikes.

Maria & Morten reach half a million people monthly through the blog and social media. They started downsizing 8 years ago to get out of debt and start traveling more. It was a bumpy ride!  Visit the About Us page

We participate in affiliate programs that earn us commissions from referring traffic to e-commerce sites. As an Amazon Associate e.g., we earn from qualifying purchases.