In this modern age of climate change and environmental hyperawareness, it seems apt to address an issue that many of us have queried before: What happens to human waste from boats?

This article aims to answer a few of these important questions and more! 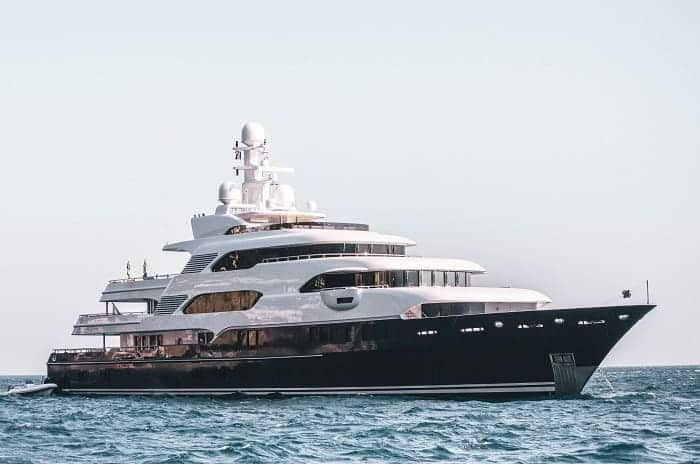 Does Human Waste Pollute the Ocean?

First of all, we’re going to get a bit specific (sorry about that).

In general, dropping urine into water is absolutely fine. This is because urine is sterile. All this means is that there are no living organisms within it.

This means that, as Bear Grylls can testify, if you really wanted to, it would technically be safe to drink urine.

Therefore it is no great risk if urine ends up in the ocean. However, fecal matter is a different story.

Human feces contains bacteria, pathogens, and nutrients; this is of great importance to be kept away from where humans swim or take drinking water from, as it can be very harmful.

Is it Allowed to Dispose of Human Waste Directly in the Ocean?

As the dangers of dropping human waste in water are clear, you can see why any inland water, including lakes, rivers, and coastlines, is regulated by the Environmental Protection Agency, in conjunction with the Coast Guard.

These regulations make it illegal to dump human waste into any inland water or any ocean, which is less than 12 miles from shore.

For the most part, once you have passed this 12-mile cut-off, the regulations change, and dropping untreated sewage into the ocean is allowed by international maritime laws, which are administered by the London-based International Maritime Organisation – a United Nations agency.

Do Cruise Ships Dump Human Waste in the Ocean?

According to that 12-mile cut-off, cruise ships are allowed to dump human waste in the ocean, providing the right conditions are met.

However, many companies will set their own regulations that their ships have to comply with.

For instance, a spokesperson for Cruise Lines International Association explained that they enforce a strict code of conduct: “While ocean-going ships can release untreated sewage into the ocean if they are at least 12 miles from land and traveling at a required speed…must verify each year their full implementation of CLIA’s Waste Management Policy, which prohibits the discharge of untreated sewage at sea, anytime, anywhere, around the globe…”

In fact, according to Nick Rose, an environmental regulatory lead at Royal Caribbean International, wastewater from their cruise ships is released “cleaner than the seawater that it might have started out as before being desalinated.”

So How Does This Work?

The first type is Grey water, which is relatively cleaner, and includes waste from laundries, showers, kitchen appliances, etc.

The second type is Black water, which is actually contaminated with fecal matter.

Black water describes the water that is flushed from the toilet:

Afterward, the water is very clean and safe to dump in some ports. However, the process does, of course, leave behind solids.

About three tons of solids left from the original 1,200 tons of waste per day are incinerated or contained until it can be offloaded.

Do All Types of Boats Drop Human Waste in the Ocean?

The cruise ship industry has pioneered many of these treatment systems themselves, and they have the best technology available to make sure their purification of wastewater is cutting edge.

Not all boats have the size, capacity, or technology to treat water this well, however.

The smallest of vessels, typically those fitted to carry less than 15 people, can often slip between the gaps of the regulations of individual countries.

As we have seen, it is technically allowed to dump raw sewage into the ocean once you are more than 12 miles from shore.

So it is up to the authorities of individual territories to oversee the regulations concerning their waters.

As you can see, large cruise ships and even private houseboats are subject to much stricter regulations, therefore it is more likely that smaller boats will drop human waste in the ocean, but it is not essential.

There are many ways to avoid this pollution, even on a small boat.

What are the Best Alternatives to Dumping Human Waste in the Ocean?

There are plenty of options to consider if you would like a toilet on your boat that is environmentally friendly.

Below is a breakdown of the two major different types of toilet available for a boat:

By far, the most affordable type of boat toilet, a cassette toilet is simply a toilet with a removable waste tank.

Although there is a great deal of variety, it comes in two basic forms:

In integrated forms, rinse water can be taken from the boat’s own water system, whereas in a freestanding form, a limited quantity of rinse water is contained in the upper (seat and bowl) part of the structure.

The cassette toilet now encompasses everything from a simple two-part box that stows away beneath a seat to much more elaborate models that have swivel seats and electric flush that in appearance (if not in function) closely resemble your toilet at home.

A lot of people swear by cassette toilets for their affordability, their simplicity, and their reliability. Basic models can cost as little as $90.00, and they require very little space or upheaval onboard your boat.

The fact that you can transport your waste tank to a disposal point (rather than having to take your entire boat with you) is also an advantage in some people’s eyes, and the fact that the use of these disposal points is usually free is also a bonus.

Instead, it uses a larger holding tank that is permanently fixed to your boat.

This means that, when the time comes to empty it, you need to use a marina’s pump-out facility, which usually costs between $15-$20.00, but even on a liveaboard boat, a couple will rarely have to pump out more than once every three or four weeks.

The emptying process itself also feels much more civilized because the closest you get to the waste itself is watching it disappear via a viewing window in the pump-out hose.

There’s no smell either and, if you buy porcelain rather than a plastic model, they look and feel much more like the kinds of toilet you would use at home.

How Much Sewage is Dumped into the Ocean Per Year?

Despite some cruise ships having to adhere to international regulations from various bodies, there are many which are not covered by these bodies.

According to Friends of the Earth, a non-governmental environmental group, which used the US Environmental Protection Agency data to calculate that a single 3,000 person cruise ship pumps 150,000 gallons of sewage into the ocean per week.

When factoring in all types of boats, this total figure could be as high as 1 billion gallons per year.

The problem of dumping human waste into the ocean is a very real one.

Despite various non-government bodies pushing to enforce their own regulations, there is no set law against it in international waters.

It is the responsibility of boat owners to find a system that works for them.

Cruise ships dump 1 billion gallons of sewage into the ocean every year – Qz.com

All about marine toilets – uk.boats.com

What happens when you flush the loo on a cruise ship? – Telegraph.co.uk