Crestliner boats are wildly popular in the freshwater world.  They are unique in that they have a welded aluminum hull as opposed to rivets.

As with all brands, they have had their issues over the years, but Crestliner has responded by improving their designs and practices when problems arise.

In this article, we will explore some problems reported by owners.

Let’s get started by discussing the brand and its history.  Crestliner started making boats in 1946.  Back then, they were known as “The Aluminum Boat Company,” which became Larson Boats in 1950.

All of their models had Crestliner in their names, and, in 1957, the company became Crestliner Boats.

These are the most commonly reported problems with Crestliners: 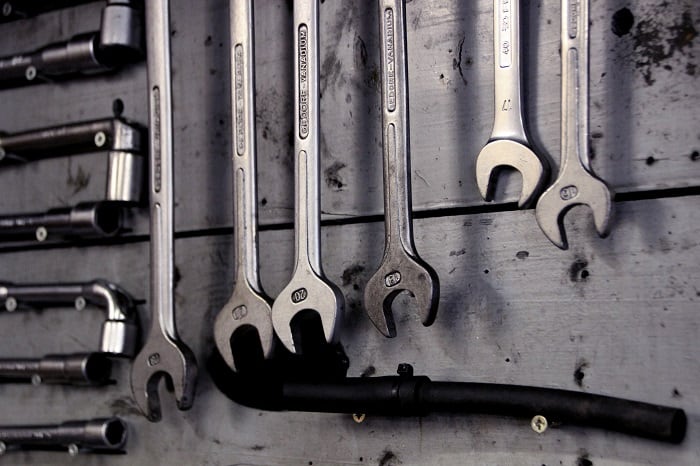 In 1978, Crestliner became part of the newly formed Genmar Holdings who sold the company to Brunswick Boating Group in 2004.

The claim to Crestliner’s fame is the all-welded construction and tongue and groove seam plate joints.

However, a few owners experienced cracked welds in some older models, particularly near the transom’s motor mount.

Cracks also appeared in other parts of the hull, but these were less common.

Cracks around the transom are particularly worrisome as they can let water in, leading to transom rot if not addressed. Cracked welds also weaken the structural integrity of the transom leading to motor mount problems.

Make sure to inspect your Crestliner for cracked welds routinely, particularly on the transom.

Crestliner has a decent warranty, but most warrantied items do not transfer to a secondary owner, and those that do are prorated.

Keep this in mind if you buy a used boat.

If the boat must go back to the factory for repair, shipping is not included, forcing owners to pay high shipping costs.

If you have a problem that is covered by the warranty, always start at the dealership.  Crestliner prefers to handle warrantied problems through the dealer, who can better identify the exact issue.  A few customers reported difficulties in working directly with Crestliner.

If your boat must go to the factory, keep in mind that it may take several months for repairs.

Crestliner transferred ownership in 2004, causing a few problems with warranties of boats purchased before the company changed hands.

Crestliner previously made their transoms with wood sandwiched between two layers of aluminum and welded together.

Newer Crestliner’s are made without wood in the transom.

If the wood is of low quality or isn’t sealed properly, it will rot and cause the transom to fail.

This can be an expensive problem to fix and may not be covered under the warranty if the boat is used or if the transom has been altered in any way, including mounting a transducer.

Whether you are buying a used Crestliner or already own one, be sure to inspect the transom for dry rot.

To check the transom while the boat is trailered, first make sure the motor is trimmed up.  You will then press down rather forcefully on the lower unit just above the propeller.  If the transom is bad you will see it move back and forth.

While on the water, watch the engine for “jumping” or the transom for significant movement and bowing.  Another sign to look for is brown stains around the drains at the bottom of the transom.

There are many rumors that Crestliner did not use marine-grade plywood in their construction of older models, but this probably isn’t true.

If this were the case, most, if not all, older Crestliners would need all decking and transoms replaced.

“Marine grade” means that the glue used to bond the plywood layers together is waterproof.

The more likely problem is that the plywood was not pressure treated or there were sealing issues.  Currently, according to their spec sheets, Crestliner uses marine-grade, pressure-treated plywood, which will stand up to water exposure without a sealant.

Any hole drilled in the boat’s wood must be sealed as most marine plywood is only surface treated.

If water is allowed into any area where there is a hole in the wood, rot can happen.  Owners have had issues with rotting decks and transoms, likely due to the untreated layers of the plywood being exposed to water.

A boat is best stored under cover or in an enclosed space like a garage or storage unit with the cover off and hatches open to allow water to evaporate.  Routinely check around mounts and fittings attached to the wood.

Pay particular attention to any screws in the deck.  It is good to apply sealant every few years to these areas to keep out the water.

Related to wood rot is a problem with drainage.  Reports indicate that some models do not have adequate drainage away from wooden decks and hatches, leading to mold and rot if the wood is not sealed properly.

Some areas have spray foam under the decking, which can trap water between the decking and the bilge area and lead to problems.

The fuel tank vent on many Crestliners is just an inch or two from the fueling port.

If the pump’s nozzle does not extend past this point, fuel can splashback or trigger the automatic shutoff feature on the station pump.

One solution is to use a funnel that will reach past the vent opening, allowing fuel to enter at full speed.

Otherwise, you may have to add fuel slowly when filling the tank.  This is not an issue on all models.

Some owners report being constantly splashed with water in their Crestliner.

Others have said that water scooping over the bow is a problem.  In either case, rough water exacerbates the issue.

While some of this may be driver related, the reports on different forums indicate that some models have a problem.

This might not cause concern in warmer climates, but if you venture out in winter or live in a colder area, being splashed constantly is a real drag.

Some models of Crestliners, in particular smaller ones, have poorly thought out use of space, leading to issues with storage for gear and batteries.

While this is limited to the smaller boats and doesn’t seem to be a problem on newer models, owners report storage issues on some older Crestliners.

Crestliner boats have a long history and a good reputation, but there have been issues over the years.

Most Crestliner owners are happy with their purchase and would recommend the boats.

Some boaters are fiercely loyal to the Crestliner brand, while some vow to never buy one.  Unfortunately, every brand has unsatisfied customers, but if you arm yourself with knowledge and know what to look out for, you can avoid the problematic models.

As always, be safe out there!