Many people often wonder if the number of hours on the engine even matter or will affect the sale price, but engine hours really do.

An older engine that has not been run very often can fall apart sooner than an engine run often but is better maintained. When you run the engine, these parts naturally become lubricated and less likely to fall victim to dry-rot.

This means that a well-run engine will sell for higher than an old engine left alone for a long time.

Leave the engine sitting idle for too long, and these components will fail sooner than if they had been run.

In the rest of this post, we’ll try to answer these questions so that you’ll know exactly how much to offer on your next used boat purchase: 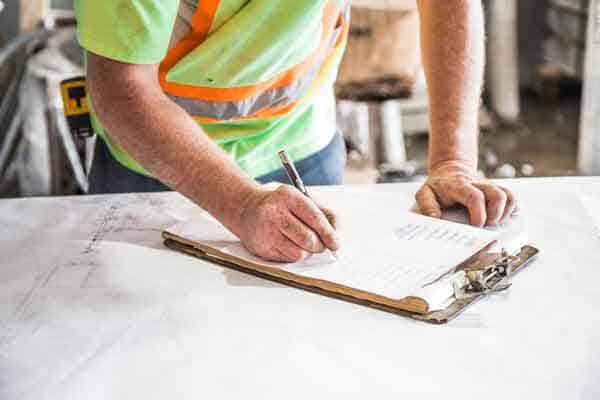 The Truth About Engine Hours (The Numbers)

This took my search further into Boats.com.

To find out if these numbers listed on Boats.com were true, I went to a few websites of large boat engine manufacturers like Mercury and Yamaha.

I looked at a few of the different engines they sold and noticed that none had a recommended number of hours listed.  This was strange, but I figured they might have left this information off for liability purposes.

After this, I decided to check to see what different used boats on Nada.com sold based on the number of hours the engine was used.

To my surprise, Nada.com didn’t even have the number of hours listed as an option. This is very unlike vehicle engines where you can at least do a search based on miles driven.

Where Do I Find the Engine Hours for a Boat?

How does a boat engine track the number of hours that are on it?

I grew up around boats, and I don’t remember having a boat that tracked the hours.

After some heavy research, I found out that many boat engines do indeed tell you how many hours they were run.

However, many older boats, especially smaller ones, don’t have this number displayed anywhere, so you’d have to have a technician do a computer read-out for you.

What Are the True Numbers? (3 Practical Examples)

Websites like Boats.com are basing their numbers off their user’s experiences and that they could be a good starting point for determining a boat engine’s remaining value.

If you assume that these numbers are correct, you could determine the fair price of a boat by deciding what the value of a boat is without the engine and subtracting this number from the boat’s value with the engine.

You could then take that number and subtract from it based on the number of hours that were on it.

Here are some examples of what this would look like based on Nada pricing values:

This means that the engine has about 50% of its life left.

An example of a boat with a diesel engine could be a 2002 Boston Whaler Defiance 350/EC.

The engine on this boat is inboard with 355 horsepower.

This is true for vehicle engines as well as boat engines.

Of course, the downside is that diesel engines usually cost more to buy and maintain versus gasoline engines.

This means that if you don’t plan on using your boat a lot, you may want to opt for a gasoline engine instead.

Determining The Value The Best We Can:

After researching different engines, engine lifespans, and boat values, I’ve concluded that basing your boat purchase on the number of hours on the boat engine isn’t necessarily the best idea.

A better idea is to use the number of hours and a few other factors to help guide you in your purchase.

Some of these factors include:

Corrosion is deadly to boats as well as their engines.

However, you may also want to consider whether or not the boat was docked or taken in and out of the water.  This is because a boat pulled from the water each time it is running can be cleaned out with freshwater.

Taking this step helps the engine last longer and leaves it much less susceptible to corrosion.

Growing up, we always ran our engine in a large trashcan full of water after each trip into saltwater, and our engines never fell victim to corrosion.

Another factor to consider is the age of the engine.

An older engine can wear out over time just through the general wear and tear of time.

Rubber hoses can dry out, corrosive sprays can fade, and even replacement parts can be harder to come by.

The biggest factor when it comes to boat engines is the care they were given during their lifetime.

A boat owner who meticulously cares for their engine can keep the engine running much longer than someone who does not do any maintenance.

For this reason, I’d suggest that you ask for maintenance records from the owner of any boat you decide to buy. Even a relatively new engine with few hours on it should have had at least some maintenance done on it.

At the end of the day, the best way to determine a marine engine’s remaining lifespan is to have a professional inspect the engine.

The inspector can look over the maintenance records and check over the engine and all of its components to see how much life is left in them.

If the inspector finds something wrong with the engine, the inspector can give you an estimate of how much the repairs will cost.

This will give you a good place to begin price negotiations with the current owner.

Don’t let the number of hours on a boat engine determine whether or not you should buy a particular boat over another.

A poorly cared for engine with few hours on it can often be worse than an engine that has many hours on it, but that was meticulously cared for during its lifetime.