RV batteries are an integral part of an RV’s power system.  In most cases, they’ll supply energy to all of the interior lights and will help keep essential appliances running while off the grid.

In other cases, batteries will supply all of an RV’s power needs.

For these reasons, it is important that we take care of our batteries.  With Winter coming, you might be wondering can an RV battery freeze.

Factors That Determine Whether or Not a Battery Will Freeze 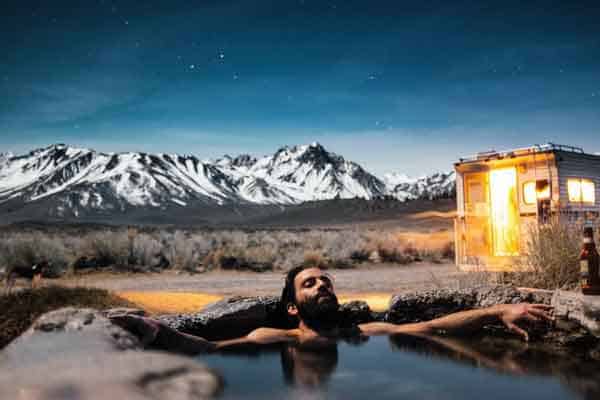 The temperature at which an RV battery freezes will vary based off of a number of factors.

Here are some of the factors that can determine whether or not an RV battery will freeze at a given temperature.

1) The Charge of The Battery

A battery’s state of charge has a large impact on whether or not that battery will freeze.  Batteries with low charge states can freeze at temperatures that are over 100 degrees warmer than batteries charged to 100%.

Here is a chart created from data obtained from the Trojan Battery Company.

This chart shows the freezing temperatures of deep-cycle batteries which are the most common RV battery types on the market.

As you can see from the chart, a full battery is impervious to freezing within the United States.

Most of the world is warmer than Alaska and even people RVing in Russia should be able to keep their batteries from freezing just by keeping them fully charged.

Lithium batteries fair even better in cold weather and even a depleted battery won’t freeze until the temperature reaches -68.  A fully charged battery would have to be subjected to temperatures of -140 degrees to freeze.

This being said, lithium batteries should not be charged at cold temperatures.  Charging a lithium ion battery at temperatures below 32 degrees can damage a lithium-ion battery.

If you’re wondering what the difference is between a lithium-ion battery and a deep cycle battery are, please visit our post about Camper Battery Types.

2) The Length of The Temperature Drop

Another thought to keep in mind is that a battery may need to be subjected to a particular temperature for an extended period of time before it actually freezes.

For example, a battery with only a 20% charge will not freeze as soon as the temperature reaches 19 degrees.

This example battery would need to be exposed to this temperature for a prolonged period of time.  A day or two of 19 degrees would probably ruin this battery but a few hours at this temperature would not.

If you’re still having a hard time imagining this, think about what happens to a water bottle when you put it in your freezer.

A water bottle will eventually freeze in your freezer but it will not do so right away.

For example, you can buy insulated battery boxes which help protect your battery from changing temperatures.

Alternatively, you could build an insulated battery bank enclosure that safely vents the battery while providing needed protection from temperature changes.

Another way of insulating the battery would be to insulate the RV itself.

Increasing the overall insulation of the RV will keep it warmer for longer periods of time so that even a few days of cold temperatures will not harm your battery.

Just be sure that your battery compartment is built into the inside of your RV before you start insulating.  Some RVs actually store their batteries on the tongue of the RV.

In this case, insulating the RV wouldn’t help the battery at all. 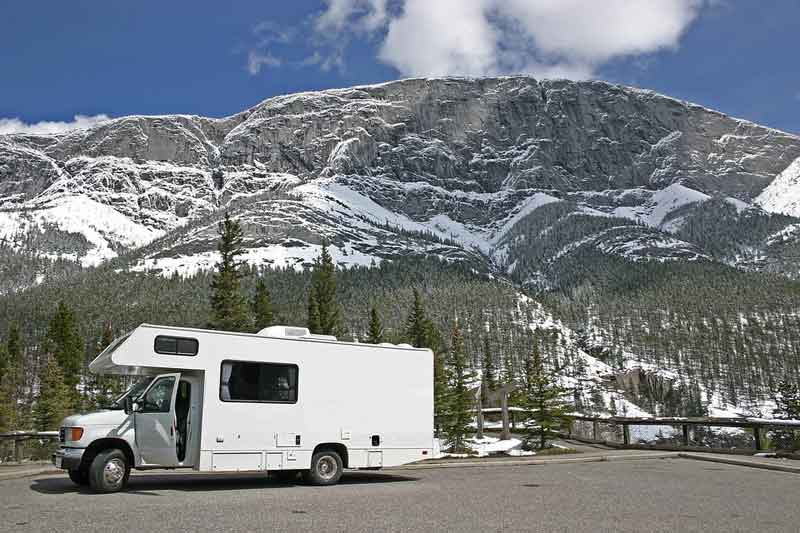 3 Ways to Keep an RV Battery From Freezing

The best way to keep an RV battery from freezing is to keep it fully charged.  A fully charged battery will not freeze anywhere other than in Antartica.

On a side note, I’ve found that it is actually possible to camp in Antartica but I’ve never actually heard of anyone bringing a recreational vehicle with them.

1) How to Keep Your Battery Charged

As you may know, a battery will slowly discharge itself over time.  Because of this, charging it once before storing it for the winter may not be enough to keep it fully charged.

Either of these two options will work so it really comes down to personal preference.  If you’re storing your RV in a garage with electricity it will be easy to leave your battery on a charger.

However, if your RV will be stored outside or in a building without electricity, you’ll probably have to go with periodic charging.

These chargers work great on deep cycle batteries and do not cost much to buy.  In fact, you can often buy them for less than $20.00.

The only downside is that you’ll have to park your RV in a sunny area and you’ll have to make sure that the panel does not get covered with snow.  Also, if you’re storing your RV remotely, the presence of the solar battery maintainer will let would-be thieves know that you have a battery inside of your RV.

Since you’re not around to protect the RV, the chances of both the battery and the charger being stolen will go up.

2) Keeping Your Battery Inside

For people with small battery banks, it may be easiest just to disconnect the battery and bring it inside.  This option eliminates the need to worry about your battery getting too cold and gives you the added benefit of having a backup battery at home.

In the past, I’ve actually connected my battery to an inverter and used it to charge up my electronics during a power outage.

As we stated earlier, insulating your battery can also help to keep it warmer in the winter.  Some options to consider are insulated battery boxes, battery wraps, thermal battery wraps.

Battery wraps are insulated pads that you wrap around a battery.

These wraps provide a small amount of insulation but are not recommended for colder temperatures.

Thermo-battery wraps are battery wraps that are connected to the battery to create heat.  These types of wraps work much better than insulated battery boxes or insulating wraps alone.

The drawback is that these wraps can drain power from the battery.  In most cases, you’d be better off leaving the battery at a higher charge rather than a higher temperature.

Thermo-battery wraps can be run from a standard AC outlet but if you have access to electricity you might be better off simply leaving your battery on a trickle charger.

Should I Disconnect My RV Battery While in Storage

If it’s possible I would suggest that you disconnect your battery and bring it inside.  You can charge the battery in the RV first or you can charge it on a trickle charger inside your home.

Yes, batteries can be damaged by high heat.  In fact, Battery University suggests that every additional 15 degrees of heat shorten the life of a battery by upwards of 50%.

This means that a battery that was rated to last five years at temperatures of 70 degrees will only last two and a half years at 85-degree temperatures.

RV batteries are sensitive to temperature changes and extra care needs to be taken to protect them.

RV batteries can freeze in cold weather and they can overheat in hot weather.  The number one step you can take to ensure that your batteries live a long and healthy life is to keep them fully charged.