An RV can often have all the amenities of a home.  You can find RVs with kitchens and even full bathrooms with bathtubs in them.  When you see these RVs hooked up to a sewer line and a water source, it’s obvious where they’re getting water from.

But what about when these RVs aren’t hooked up to anything?

An RV can actually have three water tanks.

These tanks are often attached to the RV but they can also be portable as well.

Also, some RVs combine the gray water and black water into one black water tank.  This is usually true for smaller RVs that do not have a lot of fresh water storage.  We won’t go into too much detail about the different tanks on this post as we’ve covered this extensively on this post about how the black and grey water tank work on an RV.

Here is a quick run-down of what each tank is and what it is used for. 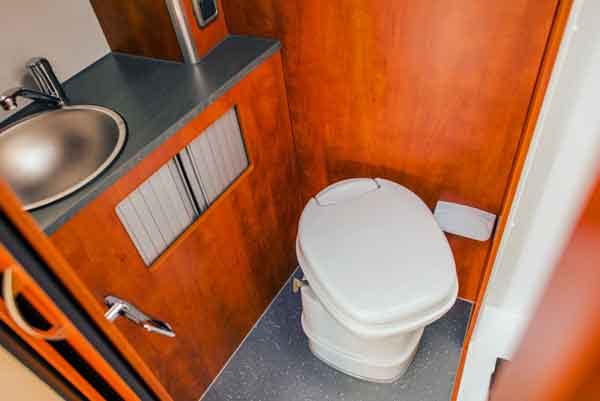 The freshwater tank is where water is stored for the RV to use in the kitchen and bathroom.

This water is used to flush toilets, run the shower, and operate the sinks.  An RV owner needs this water tank when they are not hooked up to a freshwater source.

This being said, an RV can still receive freshwater without the presence of a freshwater tank.

In an RV, there are typically two inlet valves for receiving fresh water.  One is used to fill the freshwater tank and one is used to directly connect a campground or city water source to the RV.

The direct inlet is nice for when RVers want to take advantage of a campground’s water supply without having to fill up their freshwater tanks.  This is because filling up the freshwater tanks adds weight to the RV and some RVers would rather leave them empty while they travel between campgrounds.

When receiving water from a campground, it is impossible to know how much water pressure is being sent out through the lines and into your RV.  Unfortunately, some campgrounds have high water pressures that can damage hoses and RV plumbing and appliances.

For this reason, it is recommended that RVers buy what is known as a water pressure regulator.  These regulators are placed between the campground’s water supply and the RV’s water hose.  They can be purchased as standard water regulators or as adjustable water regulators.

A standard water pressure regulator is usually set to 45 psi.

These water regulators are also factory set to 45 psi, but you can adjust them to whatever water pressure you like.

Most adjustable water pressure regulator companies recommend that you do not go over 60 psi.

As an added bonus, many water pressure regulators come with a built-in screen that is used to stop debris from entering your RV’s plumbing system.  This screen requires very little maintenance as all you need to do is unscrew it and dump it from time to time.

The time invested in emptying the water pressure regulator’s screen will be well worth the effort when you do not have to spend time snaking your RV’s water inlet system.

Because of this, a water pump must be added to RVs with freshwater tanks.  This pump will push water from the freshwater tank into the faucets and gravity will then take this water down to the gray and black water tanks.

A pump can come in different sizes.  Different pumps will have different voltages and flow rates.

When choosing a water pump, you’ll want to make sure the pump is large enough to push the water through your system and small enough to operate from your RV’s battery bank.  Remember, if you’re using your freshwater tank, you probably don’t have access to water or electricity and your battery will be supplying your water pump with the power it needs to operate.  The more water taps you have, the higher the flow rate will need to be to meet your needs.

There are two types of water pumps you can choose from. 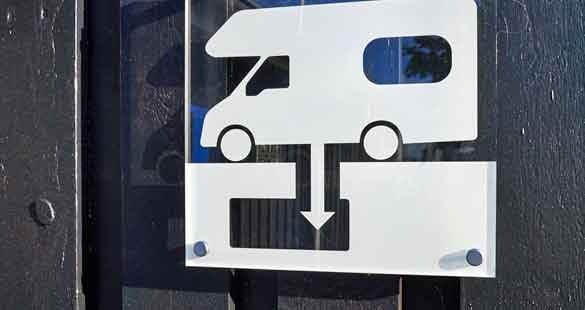 A gray water tank is a tank that collects water coming from your sinks and your shower.  This water is usually dumped into a dump facility, but in some places, you’ll be able to legally dump it into the grass.

Blackwater tanks must always be dumped at a dump station and should be cleaned after they’re dumped.  The reason for this is that human waste is toxic and can damage people as well as the environment.

Most newer RV hot water heaters run off of both electricity and propane and they are automatically lit.  Because of this, they are meant to run off of 12-volts so that the house battery can light them while off the grid.

RVs have water tanks and hot water heaters built into them.  An RV does not always have to use their water tanks and when hooked up to a water hose and a sewer hose, they don’t use them at all.

However, any RV that wants to have hot water will need to have a hot water heater hooked up to their plumbing system.