Ready to move into a studio apartment? Here’s all you need to know about rent prices for a long list of American cities.

We have made an extensive list with actual numbers from the 50 biggest U.S. cities.

Just find your city on the list to check the actual rent prices for studio apartments.

We are talking about apartments that are between 200- 500 sq.ft. The smallest apartment you can get.

You can sort the table by dollar amount or the name of the city (alphabetically).

The maximum amount of dollars you can pay monthly was a little tricky to calculate. You can always find a few super-expensive apartments so we had to cap off the numbers at some point. We also removed the outliers at the lower end of the rent numbers.

The 10 Most Expensive U.S. Cities To Rent A Studio Apartment

In these cities, it makes total sense to find a studio apartment.

You will notice that California counts for 60% of the list above. They have a lot of good things going for them that tends to attract a ton of young people, entrepreneurs, and artists. When that happens, the rent will skyrocket.

This is why California has the highest rent prices:

The rent here is sky-high and you just need to downsize as much as possible and squeeze yourself into the smallest space you can find. You will often have to pay more than $2,500 in order to find anything to live in around Manhattan and San Francisco.

Many young people want to live here and they have the best universities and the best schools.

The 10 Cheapest U.S. Cities To Rent A Studio Apartment

It’s worth mentioning here that for cities with low rent there might not be a lot of studio apartments.

When people can afford a one bedroom apartment they will typically choose this over a studio apartment.

This also means that the market and demand for studio apartments is lower in these cities.

This again can drive the prices up for studio apartments. So you will probably be better off finding a one-bedroom apartment or just a small apartment.

Let’s start with the difference between a studio apartment and a one-bedroom apartment.

Sometimes people will define an apartment as a studio apartment even though it has a separate kitchen space.

It all comes down to how are you define a room. If you remove a double door between two small rooms, does this become one room? As you can see the lines tend to blur between a studio apartment and a one-bedroom apartment space so it’s always a good idea to know exactly what you get.

Make sure you see the floor plan before you decide whether that this actually works for you. It might not be enough to know that amount of square feet in the space.

People often get creative when it comes to calculating the number of square feet. Sometimes they will include too much space around sloping walls or maybe the rooms are impossible to furnish.

Studios Can Be More Expensive Than A Regular Apartment

There has been a lot of hype online about compact tiny spaces.

Programs on TV like “Tiny House Nation” and “Small Space, Big Style” on HGTV have spiked the interest in living tiny and that can affect prices for compact apartments.

Studio apartments are also pretty popular on YouTube and among bloggers, so a lot of people fancy a cute tiny space with a lot of cool space-saving eye-candy.

So make sure you are actually getting a good deal and be sure to check the prices for boring one-bedroom apartments as well! Don’t get lured into these cute little apartments unless you can afford them. Always do your research before you decide and don’t let a landlord stress you into a quick decision! 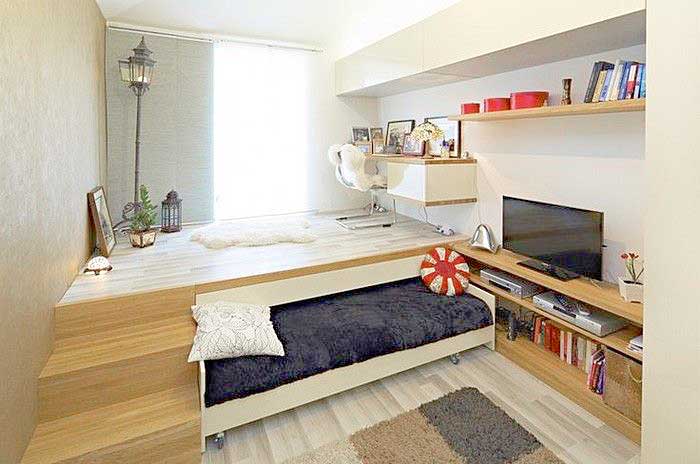 This is something that varies a lot. It really depends on what the landlord feels like doing. Sometimes you will find Studio Apartments which are ready to move into and other times you will need to bring everything.

In many cases, people prefer to furnish the department themselves.

This way you can make the space more personal and you can get that interior design exactly as you want.

We have written a very helpful article here with all our best tips on how to decorate a studio apartment. There are a ton of things you can do in order to save some money and get the most out of every square foot of space.

How To Get The Best Deal On A Studio Apartment

There are a lot of hacks and things you can do in order to get a better deal on the tiny apartment space. Here are the best tips from all the pros.

1) Be aware of semester start (at the Universities)

If you’re moving to a city with a lot of students and universities you really need to take this into consideration.

Most students will look for a new apartment around September and January. So you need to stay clear of these two months as the market will be more expensive the vacant apartments will be fewer.

We rent out a couple of rooms in our house and we often have more vacant room during the spring and fall. During these times we have a harder time finding tenants because young people rarely move in the middle of the semester.

So it’s always a good idea to make a new couple of months ahead of the start of a semester.

Another issue that can actually drive the prices down is the weather.

2) The cold winter months are good 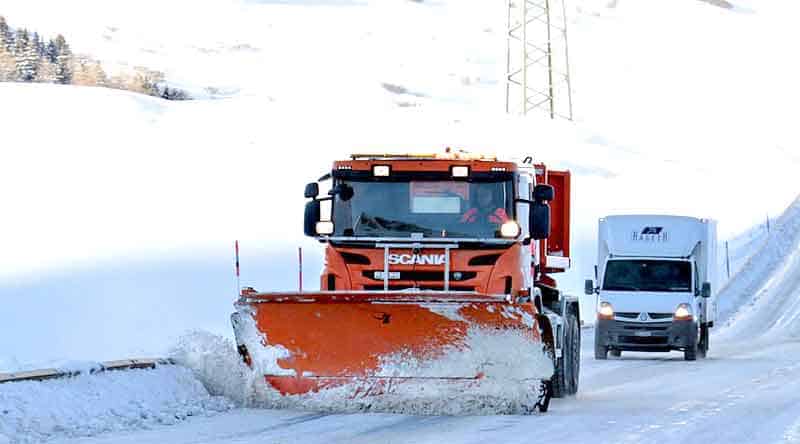 If you are moving to a cold area, like the Northwest, you should consider moving in the coldest month of the year. Simply because other people will avoid doing so because it’s more stressful and difficult to move everything on icy roads.

This means that you will get more apartments to choose from and the landlords will be more open for business as they have a harder time finding tenants.

3) Start in the suburbs

I have moved quite a lot of time myself and I always started out in a suburb or in a cold basement. By lowering my expectations, I was able to get into the area and that makes it much easier to find a good deal.

Now that you actually live in the area it becomes easier for you to find a good deal. You will get to know the different areas and you can move quickly whenever something becomes available for rent.

You will probably also get a network of people who can help you find a good studio apartment. Your network is really important when you are looking for a good deal on a nice studio apartment!

We have a lot more tips for you in this helpful guide with 13 tips on how to find a cheap apartment (anywhere!).