If you are preparing for a trip on a yacht, you need to know the unwritten rules of tipping the captain his crew.

Should You Tip Yacht Captains & Crew?
It’s common practice to tip the crew on a yacht. It is advised to tip between 5-15%, depending on how satisfied you are. It is recommended wait with the tip till the end of the trip. Leave the tip with the captain and trust that he/she will split it among the crew how he sees fit.

Here’s everything you need to know about tipping your captain and his crew on a yacht charter.

Should You Tip The Yacht Crew? 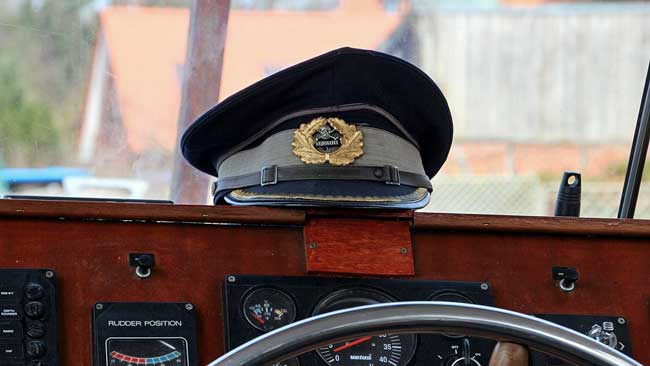 More often than not you should make sure to tip.

Your yacht captain and crew put in a lot of work for all of their guests. Since the captain and crew successfully navigated the ship for you (without going full Titanic on all the guests) a monetary ‘thank you’ is the least you can offer.

It is tacky and cheap and does not leave a good impression on the yacht captain or their crew. This is especially true if you have made a lot of special requests of the crew or were somehow more demanding than other guests.

The captain and crew will do everything in their power to make your experience a great one.

It’s not their style to make any complaints on the matter and they’ll serve you with a smile. If they do all this for you and then you stiff them on the tip, that’s like saying that all of their hard work and extra attention was equal to nothing to you.

How Much Should You Tip?

Now that we’ve answered the question of whether you should tip, how much are you expected to tip?

Once again, this depends on a few different things.

For example, some yachts are part of the Mediterranean Yacht Brokers Association. They issued a set of recommendation guidelines that set the standard for tipping. The reason they set these standards is that some guests tipped somewhere near 25% on a regular basis.

Certain captains and their crews grew accustomed to the larger tip amount and grew dissatisfied when tipped less.

In response, the Mediterranean Yacht Brokers Association set forth general expectations for tipping in order to rectify the situation.

Due to these guidelines, the customary tip expected from your yacht captain and crew falls between 5% and 15%. This is also around the same amount you can expect to pay in gratuity in an American restaurant.

Despite these guidelines, less or more may be appropriate depending on your cruise experience. For example, the best captain and crew will do all in their power to make your experience a great one.

From early morning wake up calls to making your dinner again when it isn’t prepared the way you expected, they are there to serve.

These kinds of captain and crew should be thanked properly for their hard work. Stiffing them on the tip is a slap in the face and looks terrible on your part.

Then again, maybe your captain and crew behaved in a begrudging manner. Maybe they argued or made snide comments when you mentioned your dissatisfaction with the food. If they’ve made countless mistakes and put forth little (or no) effort to correct them, then it’s fair to consider a low tip.

However, I do strongly advise against not leaving a tip at all.

If they docked you safe at shore, then that is at least one small thing for which to thank them.

When leaving your tip, try to be as fair as possible and remember that some of the behind-the-scenes crew did not get a chance to interact with you. They may have made every effort to be hospitable and not tipping takes away their well-deserved reward.

When In Doubt… Ask Your Broker

Your broker should be able to direct you toward the most appropriate tip for your situation. They’ll probably have a better understanding of all the details and will likely be able to give you their expert opinion.

In fact, they’ll probably know how previous trips on your yacht with your captain and crew have gone in the past.

They’ll have a pretty good idea on how much of a tip is expected on your particular cruise and will be able to steer you in the right direction to a fair tip.

Depending on where you traveled, the yacht captain and crew could expect a higher or lower tip.

In the Caribbean and the United States, the tips are expected to be on the high end. But if you’re in Europe, the price point on a tip is a bit lower.

Again, it’s clever to ask your broker about the best practice and what is expected from the crew.

Tipping Depends On Length Of Trip

Was it a three-day cruise? Or did you ride that yacht for a full month?

Because that will make a difference in the amount of your tip.

Think of it as you would staying in a hotel or having groceries/food delivered to your home.

Every food delivery is a tip. In three days, you’ve given the delivery person $15. When you order food every day for a month, though? Altogether, quick math says that’s a $140 tip!

It works the same way on a yacht. The delivery man and room service has been there every day – tip them as such!

What Did You Pay For The Charter Fee?

The amount of the initial fee for the cruise is the first thing to which you should look. It won’t tell you exactly how much to tip, however. Five to fifteen percent of the initial charter fee is acceptable for a less-than-stellar yacht experience.

If you had a phenomenal trip, you’ll need to take that into consideration, too.

When your yacht captain and crew went out of their way to provide you with the best experience possible, that’s worth a little extra.
(And you should also take into account the previous points concerning length of stay.)

When Do You Tip?

If you’re like me, you want to tip everyone as soon as they give you great service. The bellman, the waiter, the taxi driver, the receptionist…

You get the point.

Though your heart may be in the right place, your good intentions are more harmful than helpful.

This is because a lot of your experience was possible due to people who work behind the scenes. People you are unlikely to meet on your voyage (like chefs) contribute to your experience but never have the chance to impress you face-to-face.

Leaving tips for the room service or your bartender (as individuals) is not considered fair or proper etiquette. The crew onboard a yacht works as a team and the experience you received is a result of the collective efforts of everyone.

You would not have the exact same experience if some of these behind-the-scenes crew members dropped the ball.

So, save your tip until the end of the cruise.

To Whom Do I Give My Tip?

You want to give your tip directly to the captain.

The captain will then distribute your tip among all their crew so that it’s fair.

Now, bear in mind that not all the crew members may receive a portion of your tip.

Although I said earlier that giving individuals tips throughout the yachting experience is a bad idea, there are exceptions. The captain aggregates the tip among eligible crew members and these can vary from crew to crew. Check with the captain to see which crew members you are encouraged to tip for their service outside of the end-of-journey gratuity.

The tips also aren’t necessarily divided with an even hand among the crew, either.

Some crew members played a more prominent role in your experience than others, after all. The chef and dining team likely put in more work than your housekeeping personnel, for example.

Did you know that the chef is one of the first crew members awake and at work on the ship?

The chef works all day to feed the guests prime cuisine, on their feet in a hot kitchen the entire day. The chef is often the last one back in their bed at night, too. This crew member probably deserves a bigger piece of the pie than the person who changed your sheets, right?

Thankfully, yacht captains understand that tipping can be turbulent waters for a lot of their guests. In response to the confusion, many cruises use a suggested tip on the end-of-voyage bill to make their expectations as clear as possible.

At checkout, you can adjust this tip to be higher or lower depending on your perception of your experience.

So, now you know a lot more about tipping the yacht captain and crew for the next time you board a cruise.

Remember that all yachts are different and expect different things, but thanks to the Mediterranean Yacht Brokers Association, you at least have a base from which to start.

If nothing else, remember that leaving a tip of some denomination is better than stiffing the captain and crew outright. Many crew members depend on the guests’ gratuity, so try to think of them when leaving your tip!