While the vast majority of teenagers and young adults opt to stay with their caregivers until they’ve reached full maturity, many situations may result in a younger individual seeking residence elsewhere.

Finding a suitable place to call home is part of growing up, but various laws and policies often bar the ability to get an apartment under 18. So, can 16 – 17-year-old individuals get an apartment in the U.S.?

The age of majority is considered 18 in most states and increased in Alabama, Nebraska, and Mississippi. For those who are underage, other means allow persons aged 16 – 17 to get an apartment, such as emancipation, marriage, military service, as well as co-signing.

For those trying to rent an apartment at 16 – 17, the process will be more intricate. Regardless of whether there are urgent reasons for wanting to live on your own, or if you’re simply hoping to spread your wings and leave the nest, there are a few ways you could establish a great accommodation situation without the fear of penalties or legal repercussions.

We’ve gathered everything you need to know about the majority’s age and how to go about getting an apartment at age 16 – 17. 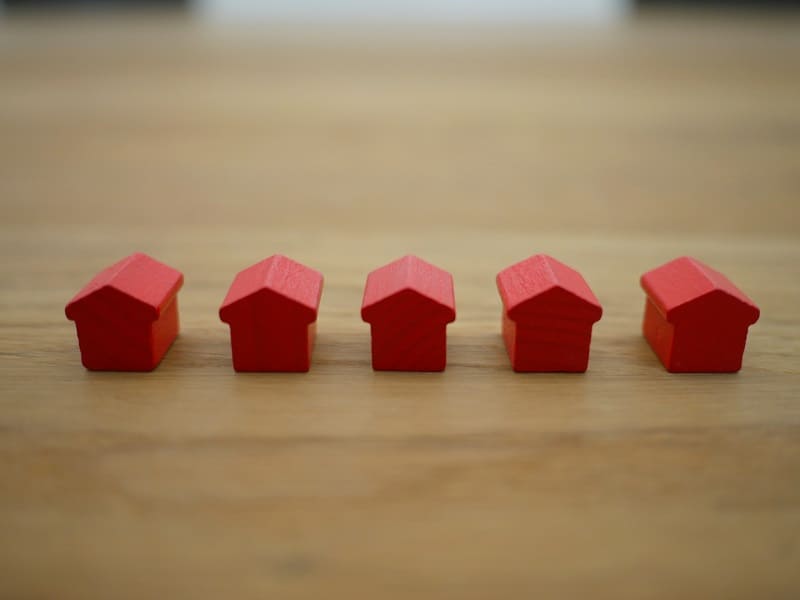 What are the Rules in the Different States?

The age of majority describes the point where an individual converts into an adult in the eyes of the law, hence otherwise known as the “legal age of adulthood.”

While this coming of age does not include the legal drinking age, or influence health insurance and child support, it does reward many freedoms and responsibilities, including the right to vote, participate in military groups, or the freedom to get married.

Also, it allows persons to sign contracts in which they are legally obligated to honor and are equally protected, including the signing of a lease.

In recent years, states that previously had a lower age of majority have raised the bar, regardless of the point made that many policymakers believe that maturity cannot be easily generalized and predicted based on age. This is because the brain of a 17-year-old is still developing and continues developing until full maturity has been reached. For laws or regulations, there needs to be a uniform age of majority, which is followed.

Most states in the US dictate the age of the majority as 18 years old in terms of the freedom to sign a lease.

This is the majority of locations in the United States.

Alabama and Nebraska have an age of majority set at 19 years old, and Mississippi has an age of 21 set in addition to the 18-year-old age of majority, specifically for parents paying child support.

In all of these states, those who fall under the age of consent will be barred from entering into binding rental contracts and leases, and landlords will not accept underage tenants because the landlord will not have the freedom to enforce the signed contract in the event of mishaps.

That being said, some landlords may allow a 17-year-old to rent an apartment with the inclusion of parental consent, which is common for situations whereby the minor is perhaps moving away for college. Other means, such as getting married with parental consent or becoming emancipated by court approval, may enable a minor to get an apartment.

While there are resources available for young renters, such as housing authorities, nonprofit organizations, and government bodies in varying states and areas, most housing programs are restricted to those aged 18 or above.

How Old Should You be to Sign for an Apartment?

Technically, anyone may enter into a rental agreement regardless of age, but the main issue is that minors are not legally bound to the agreement in the same way that adults are.

Also, underage tenants do not have rights in the matter as adults do, which means that underage leasing risks go both ways.

However, to sign a lease for an apartment that you are contractually obligated to honor and will have rights about, you will need to have reached the age of majority for your state. This dictates that you must be at least 18 years old or above, and 19 years old if you live in Alabama or Nebraska.

The standard rules for screening and background requirements apply to those who have just reached the majority’s age.

Can you Rent an Apartment at 16 if You’re Emancipated?

An individual can usually become legally emancipated at the age of 16, allowing the individual to rent an apartment independently.

Becoming emancipated will require proof of income, evidence of capability to live away from caregivers, and the specific rules for emancipated individuals between states.

Although becoming emancipated is a large step towards getting your own apartment, it needs to be understood that having a court order for emancipation will greatly assist in using legalization. The ultimate deciding factor will come down to whether or not the landlord or property management company chooses to accommodate you as a tenant.

Emancipated individuals will still face similar trials to adults when getting an apartment. Still, they may find it far more challenging to provide appropriate and compelling documentation needed to land a lease at a suitable residence.

Standard screening and background requirements apply to emancipated individuals, which largely entails the potential tenant to have sufficient credit since an inadequate credit history means a higher risk for landlords. This could result in a refusal to let the individual sign the lease.

A good credit standing also dictates that the potential tenant has a stable income, no less than three times the monthly rent cost, and a respectable track record and no evictions if applicable based on age and rental history.

The rental deposit, security deposit, and monthly rent must be covered in full, and landlords will request validation of funds utilizing bank account statements, certificate of earnings using tax returns, as well as evidence of employment; this can usually be supplied with a pay stub.

Employment history is also a common deterrent for those who fall below the age of majority, even when legal procedures have been put in place to allow the individual to get the apartment.

In such cases, other means may help establish trust and responsibility, such as letters of recommendation from teachers, previous employers, and other reputable adults.

Can a 16-year-old Rent an Apartment with a Co-Signer?

For those aged 16 – 17, establishing a co-signer lease is one of the best ways to get an apartment to live away from caregivers.

This primarily happens because the adult has the legal freedom to enter into binding contracts and leases with the obligation to honor it, plus the addition of rights for the tenant, as well as the fact that many of the deterrents for landlords may be dealt with through this process.

This may increase the likelihood of the landlord, allowing the minor to become a tenant.

When a lease is co-signed by a parent, guardian, or trustworthy and reputable adult, the adult takes on the lease’s contractual obligations, which the landlord would not be able to enforce on the minor. This includes damages to property, missed rent, and other financial liabilities described in the lease, which serves as insurance for the landlord.

Also, the minor is provided with the right to no increases in rent, as well as a 30-day period if rent hasn’t been paid. In cases where the money is owed, or the landlord is suing for damages and other payments, the adult will be liable in court, not the minor.

However, both the minor and the adult will still need to provide relevant bank statements, employment history, credit history, and other relevant documents. In this case, the adult’s track record will play a large role in whether or not the landlord decides to offer a lease.

If the lease is signed, the co-signer will stay on the rental agreement until the occupancy period comes to a close, after which the landlord may or may not choose to allow the individual to renew the contract co-signed again or allow the minor to sign a new binding contract on his or her own once the underage tenant has reached the age of majority.

While obtaining a lease for an apartment at age 16 – 17 is certainly far more challenging than getting a tenancy contract as an adult. It is certainly possible with the appropriate steps and procedures.

It’s imperative to understand the laws and rules in your state, as well as to ensure that your overall track record in terms of credit, income, employment, and rental history, where applicable, makes the odds of being accepted by a landlord more likely.

Although emancipation may assist the process, it may not be the right path if there is no real reason to become emancipated. The court may or may not choose to deem individuals as emancipated for various reasons.

In most cases, having a trusted adult co-sign the lease is the best way to ensure your rights as an underage tenant and may assist in gradually guiding you towards complete independence with the addition of some security in the matter.

How to Rent an Apartment at 17

Can a 17 Year Old Lease an Apartment?