Whether you are new or old to RVing, you need to be familiar with the parking rules for parkways.

Road restrictions that apply to motor vehicles are not the same for recreational vehicles. RVs are much larger than cars as they differ in height, weight, and length.

Here are the rules for parking RV on parkways:

Because RVs are heavy and larger than cars, not all states allow RVs on parkways. Most parkways in the East of the U.S. only allow cars. Many RVs cannot pass underneath bridges over parkways if they are higher than 13 feet 6 inches. These restrictions are posted on signboards before entering. 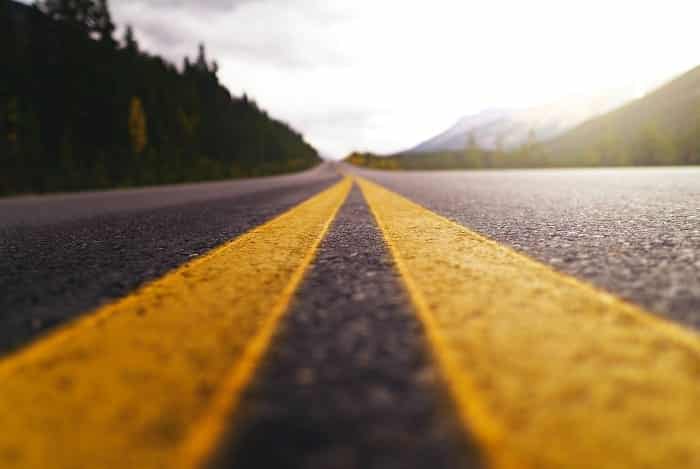 Are RVs Generally Allowed on Parkways?

RVs are allowed on Parkways, but they do have a couple of restrictions you should be aware of:

Your RV may be limited to roads such as parkways because it may be carrying hazardous waste if your motor home has an ASME tank.

Many tunnels in different states will indicate that the propane needs to be switched off before entering.

Also, many parkways have low bridges.

This is especially the case on older parkways such as those states in the eastern U.S. The Interstate Highway system (often parkways are considered the same as highways), where RVs cannot exceed an overall length of 65 feet.

How Do I Know if my RV is Too Big for Parkways?

Most parkways that do allow RVs may have height restrictions because of the bridges.

The Interstate Highways have bridges that vary in height, but they normally anywhere from 13 feet 6 inches to 16 feet or higher.

It is best to check in advance which parkways will allow your RV to travel on it, keeping in mind that the restrictions differ from one state to another.

If you are carrying any cargo on top of your roof, then you could incur height issues and may not fit underneath the bridges.

RVs are allowed to travel on the Garden State parkway if they do not exceed 10,000 pounds in weight and are not longer than 45 ft.

If the weight and length are exceeded, the RV may not travel North of exit 105.

The Garden State Parkway has been specifically designed for cars.

Traveling by RV on this parkway is the most popular way to enjoy the historic points along the way.

There are, however, some restrictions that apply that may have you turning your RV around.

If it is longer than 55 feet (including the tow vehicle) or higher than 14 feet, then the RV is not permitted on the Natchez Trace parkway.

3. Are RVs Allowed on the Merritt Parkway?

This makes this parkway unfavorable for larger vehicles such as RVs, trucks, and buses.

If the RV exceeds 8 feet in height, then it is not allowed on the Merritt parkway.

If you want to truly experience RVing on a stretch of the scenic parkway, then the Blue Ridge Parkway offers RV enthusiasts the perfect opportunity.

RVs are allowed on this parkway, and the only restriction here is a comfortable speed of 45 mph.

The limited traffic and smooth roads encourage comfort whilst touring the parkway and its campgrounds in an RV.

The tunnels on Baltimore Washington parkway are fairly small, and the propane in your RV will prevent you from entering these tunnels if your height does not get in the way first.

It is not suggested to drive an RV on the Baltimore Washington Parkway, especially because no commercial vehicles are allowed at all.

6. Are RVs Allowed on the Taconic State Parkway?

The Taconic State Parkway does not allow RVs.

The only version of an RV that can travel across the Taconic State pathway is a truck camper.

7. Are RVs Allowed on the Saw Mill River Parkway?

Your RV is not allowed on the Saw Mill River parkway if it exceeds 5,500 pounds in weight, uses combined plates, and if it has any cargo on the rooftop.

If your RV has propane, then you will need to travel on the upper level of the parkway.

What Happens if you Drive on a Restricted Parkway?

If you drive on a restricted parkway, you will most likely be pulled over and fined because you are disobeying traffic laws and regulations.

You will receive a fine, and you will get points on your CDL if you drive on a restricted parkway.

If you are concerned about whether or not you will be allowed to drive your RV over a certain pathway, then always research the restrictions before traveling.

How to RV in New York City – Tripsavvy