Coachmen is a hugely successful company that has been selling RVs, campers, and trailers since 1964.

With a wide array of models available, Coachmen campers continue to be a popular choice for people hitting the road.

We’ve researched the most common problems with Coachmen campers, so you’ll be well-informed before you buy. 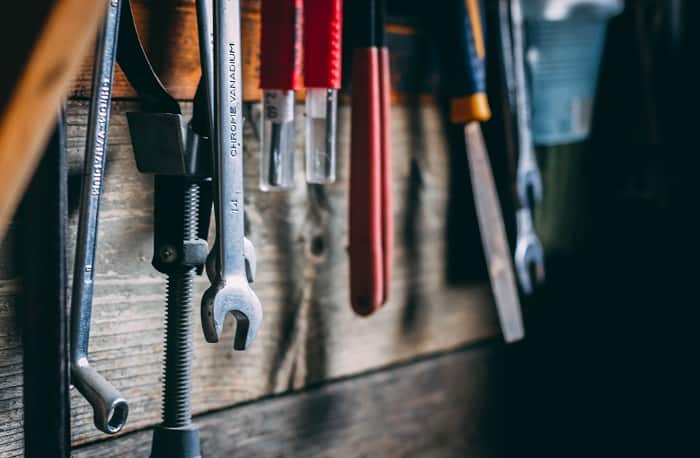 By far, the most common complaint that Coachmen customers have is the use of inferior materials that don’t stand the test of time.

From loose screws to peeling upholstery, many people feel that their camper hasn’t been constructed as well as it should have been.

Here are the most common complaints about poor build quality:

Coachmen use bonded leather for its upholstery.

This synthetic material is notorious for peeling and shedding after only a year or two, which looks bad and makes a mess.

Unfortunately, there’s no real fix for peeling upholstery like this. The only solution is to have the seats reupholstered, which can be quite expensive.

Coachmen haven’t always been accommodating with customers who try to get new upholstery, sometimes charging for the replacement when the camper is still under warranty.

Although Coachmen campers do come with a good amount of storage, the drawers are mounted on flimsy sliders, easily breaking with too much weight.

It can be a real pain to worry about what you can and can’t put in your drawers.

If you’re the kind of person who likes a project, you can change the hardware for something sturdier, but not everyone wants to deal with that kind of job.

Many Coachmen users complain of loose screws that haven’t been sufficiently tightened at the factory.

Along with loose windows in their frames, some people have even experienced side walls becoming detached after all the screws have fallen out.

Not only is this frustrating, but it is also potentially dangerous.

Again, you can replace missing screws with more substantial bolts for extra peace of mind, but that might be a hassle that you don’t want.

There are many accounts of uncomfortable furniture that becomes damaged way too easily.

Not only that, but the trim used throughout the camper is of poor quality and often hasn’t been attached well.

This can lead to bits of trim coming loose or falling off, which is unsightly and annoying.

Floor, side floors, and roofs are not the only thing made of cheap and poor material.

Every electrical and non-electrical machine inside the camper is also cheap and low quality. The list of things getting broken is very long and varies from customer to customer.

Still, the following are the most common parts or machines inside the camper that become broken:

There are some defective parts as well, such as the propane alarm, the heater, the AC, etc.

Let’s face it, at some point on your trip, it’s probably going to rain, and the last thing you’ll want to worry about is water entering your camper.

Another headache that you don’t want is dealing with substandard plumbing, as a leaky shower or toilet can lead to a lot of cleanups.

All RVs and campers experience leaks at some point. These are the most common places where leaks can happen in a Coachmen camper:

A commonplace for leaks in the bathroom.

If you’re not careful, water can get behind the trim and leak onto the floor of the main living space.

This is an obvious design flaw, and some customers claim that extra caulking in the bathroom solves the problem.

As we mentioned earlier, some Coachmen users complain of poorly fitted windows that don’t close properly and are loose in their frames.

Loose windows can allow water to enter inside, and unfortunately, it can be quite a while before you notice the problem.

Moisture buildup inside your camper is not only uncomfortable but can also be unhealthy if mold starts to occur.

Another common area for leaks is the slide outs.

Customers who have had bad luck report that faulty seals create leaks when the slide-outs are in use and allow water to enter when driving in rainy conditions.

You should be able to have this problem taken care of if your camper is still under warranty; otherwise, it could be quite an expensive fix.

A leaking grey or black water tank is a problem that you really don’t want.

Unfortunately, many customers complain that their holding tanks are prone to leaks.

Leaking grey and black water tanks are not only smelly and bothersome, but if waste leaks into your camper, it can also be hazardous to your health.

Common causes for a leaky holding tank include faulty sensors that allow the tanks to become too full, and poor quality or badly fitted valves and seals.

Another of the most common complaints that customers have is that their camper is poorly wired and that electrical devices don’t work properly.

One of the most popular features of Coachmen campers is their motorized pop-outs and levelers, but these are often reported to fail.

Some devices, the fridge being a major culprit, are inefficient and run too long. This quickly drains the battery, which can be very frustrating.

Poor quality wiring can also be an issue, which is annoying and a fire hazard. There are instances when connections to appliances are wrapped with nothing more than a piece of electrical tape.

Remember never to try fixing wiring issues yourself unless you have experience.

There are a lot of angry Coachmen users out there.

Many people who have tried to have their problems dealt with by the customer service team have been left feeling frustrated and unhappy.

Although not all bad reviews are to be trusted, many are genuine and can’t be ignored.

Here are the most common complaints about the customer service department:

This is the number one complaint that customers have, with staff reportedly being dismissive and evasive when problems are brought to their attention.

It can be really frustrating to have a problem that needs immediate attention, only to be told that it’s your problem and not theirs.

Customer service can be a challenging job, but being patient with upset customers should be a priority.

If you’re out in the world and something goes wrong with your camper, you expect that the problem can quickly be dealt with.

Sadly, many users report that they’ve had to wait too long for the problem to be fixed, and some people haven’t been able to use their camper for weeks while they wait for help.

Understandably, people might get angry about having to waste valuable leisure time just waiting in place.

When Coachmen users have been able to get their problems taken care of by the service team, it’s all too common for things to go wrong again.

Several reviews mention parts that have had to be replaced repeatedly, which only serves to confirm complaints about the company using substandard materials.

Coachmen campers have a lot of storage, which means you’ll be able to fit everything you need for your trip.

People love the floorplan, with its open and spacious design. Coachmen campers are definitely comfortable to hang out and relax in.

A great feature is a spacious bathroom, which makes for a comfortable shower.

Storage in Coachmen campers is also commendable. A lot of space in the exterior storage, about 100 sq. ft., and 50 gallons of water tank space.

Along with this, it has a lot of drawers and storage options for all your essential tools and accessories.

If maintained correctly throughout the years, Coachmen campers can last a very long time. Some customers have claimed to be using it for more than ten years.

Coachmen campers offer some of the best prices for their campers compared to others in the market. They provide a lot of likable features at a relatively affordable price.

Although Coachmen campers have their fair share of problems, not every user has had a bad experience, so this is definitely still a camper worth considering.

If you’re thinking about buying one of these campers, be aware of the problems we’ve discussed, and make sure to inspect the camper accordingly.

9 Worst Travel Trailer Brands To Avoid And Why