Luhrs boats have been around for over 60 years. At one point, they were so popular that they had 400 employees building boats in St. Augustine, Florida.

Unfortunately, the recession took its toll on them, and they went bankrupt in 2008. Four years later, they were back building boats again, but it didn’t last.

Knowing all of this, should you consider buying a Luhrs boat?

Here are six problems with Lhrs boats that you might want to consider before buying one: 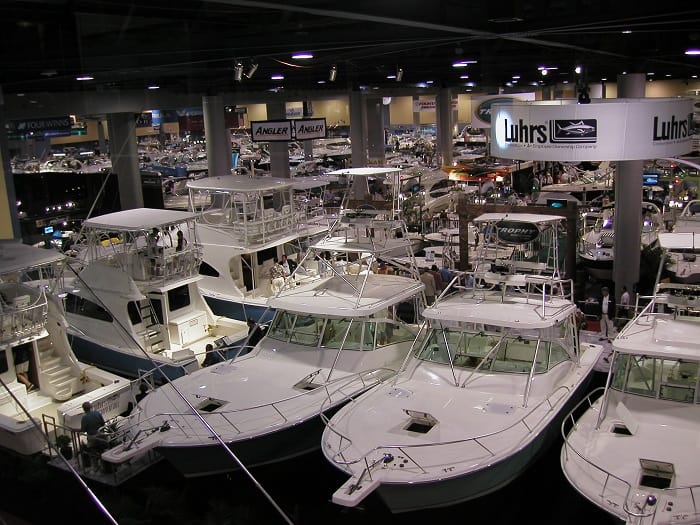 They Don’t Make Them Anymore

As we said in the introduction, Luhrs boats aren’t made anymore so you won’t be able to buy a new one.

This isn’t a big deal if you’re in the market for a used boat, but if you want a new one, you’ll either have to go with another company or hope that the company decides to bring them back once more.

If you do buy a used Luhrs boat, you aren’t going to have any support from the company. In fact, I tried to visit their old website, and it has been taken down so you won’t even be able to get historical information off of them either.

Another problem you might face will be in finding parts. If something happens to your boat and you have to buy a replacement part, you’ll either have to buy used, or you’ll have to buy an aftermarket part.

On the plus side, these boats were in production for quite some time, so you shouldn’t have a lot of trouble finding used parts.

Also, because they were around for so long, it probably won’t be too difficult to find a boat repair shop with someone that has had some experience with a Luhrs boat in the past.

The Finishes Aren’t As High-End

One of the biggest complaints many yacht buyers had with Luhrs boats is that it didn’t have many yacht-like finishes inside of it.

What I mean by this is that although the boat was built like a yacht, its fiberglass work was rough, and the appliances inside weren’t of premium quality.

This factor kept many people from buying this boat and may have even been one of the reasons it did not survive the recession.

On the other hand, the less expensive finishes allowed the company to sell the boat at a price point that was much lower than the competition. This allowed people who normally wouldn’t be able to afford a yacht to get out on the water in an otherwise nice boat.

Also, because the boats sold for less, they didn’t depreciate quite as much as other yachts did. A person who bought a Luhr and then had to sell lost a lot less than someone who might have bought a Tiara boat would have.

The Parts Don’t Hold Up As Well

Unfortunately, going cheap on the finishes has led to some durability and maintenance issues. Plastic hatches and cheap fixtures don’t hold up as well, and they’re much more likely to break.

As a result, people who buy Luhrs boats will have to spend more on maintenance each year. On top of this, they’ll have to inspect their boat a little more often, and they’ll have to make repairs more frequently.

Luckily, this statement only applies to the small parts and finishes rather than to the whole boat. In fact, Luhrs boats were built with strong engines, and they were designed well, so at least you won’t have to spend a lot of money to keep them going.

Of course, as we said earlier, these parts may be more difficult to find now that the company is out of business. Run into some parts that you can’t source, and you may end up having to have them custom-fabricated for you.

This will run the costs of repairs up dramatically and will add to the time it takes you to maintain and repair your Luhrs boat.

The Galleys Are Small

The only real complaint that I’ve heard from owners regarding the design of the boat is that the galleys tend to be small.

This probably won’t be a problem for most people, but it could bother anyone planning to stay on the boat for extended periods of time.

For instance, if you’re searching for a boat that you could live in or use at a dock as a summer home, you may want to consider a different boat.

This being said, the interiors generally have open layouts, so it is possible that you could make some modifications to increase the size of the galley to one that better fits your needs.

The money you save from buying used could easily go towards making improvements like this, and you’d still end up getting a great bargain on a nice boat.

Engine Hatches Are Difficult to Get Into

I did some research on the engines that Luhrs used and generally found a lot of positive reviews.

Where the company faltered, however, was with the way the engine hatches and engine rooms were designed.

They’re difficult to get into, and this makes maintenance on both the engine as well as the generator really tough. Since you’ll be buying used, you can expect to be doing more maintenance each year, and this issue could be big enough to make you want to choose another boat.

Of course, this is another area that you could invest some money into improving. While you won’t be able to redesign the engine room, you could feasibly change the way the hatch opens.

Altering the hatch so that it opens easier and allows more access to the room could make all the difference when it comes to working on the engine.

Technology Could be Lacking

Remember, these were budget boats for their class, so they didn’t have high-end cockpits, to begin with.

This means the budget equipment that was used is probably out of date or just non-existent.

You see this a lot with cars. An older luxury car will usually have all of the modern conveniences you’d expect in a newer car while an older economy car will not.

You might find that you have to buy new electronics to modernize the boat, and this could end up being expensive.

Before you buy, make sure you consider this as you’ll want to make sure you save enough on your boat purchase to make up for this issue.

You’ll save money on your purchase, and your boat will hold its value better than some other boats will!

The boat will be designed well, and it will have a strong engine, pulling from classic designs and timeless construction.

Furthermore, the Luhr boat has its own personal style that is great for someone looking to stand out a little bit!

People seem to be happy with the resale value of Luhrs boats.

That might sound like a lot, but it’s good for a boat that costs this much to buy.

“Buy the boat I just sold my 32 Luhrs this spring and put a deposit on a Luhrs 36 convertible love Luhrs.”

As you can see, the company had repeat buyers! This is always a good thing to read before you decide to buy a new boat for yourself.

My only fear as a buyer would be that the older these boats get, the harder it will be to service them.

As a result, you might find that their resale value begins to decrease a bit faster over time when compared to boats that are still in production.

Luhrs boats were solid boats, and it’s a shame that they aren’t making new ones anymore.

If you think you might be interested in a Luhrs boat, you might want to make your purchase soon as you won’t be able to find them forever.