Waves are a complex subject involving everything from fluid dynamics and gravity to wind and boat wakes.

In this article, we’ll tackle your boat’s role in creating waves and the issues surrounding them.

Of course, boats make waves, but we call these special waves “wakes.”  Waves and wakes can cause harm to wildlife, cause erosion, and cause damage to boats and the people in them. Because of this, boaters need to understand the etiquette and legal issues surrounding wakes.

Here’s everything you need to know about wakes created by boats:

What Causes Waves In General? 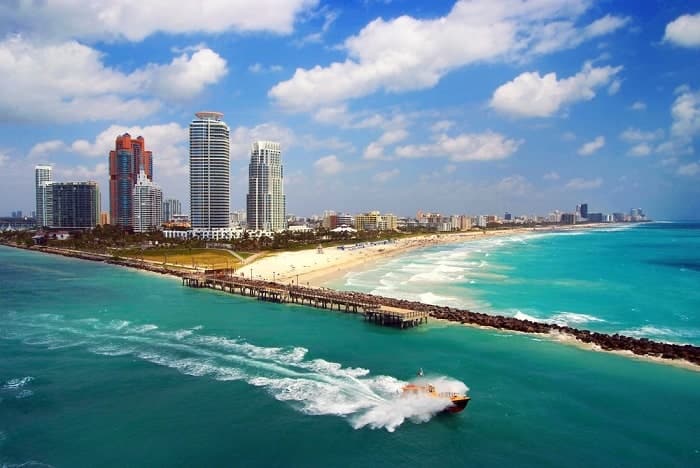 Before we get into boat wakes, let’s discuss waves in general and what causes them.

Waves are periodic oscillations in water caused by some disturbance. To make a wave, you need an energy source like wind, gravity, or boat propulsion(i.e., engines or sails).

You also need to displace or move the water out of its normal, calm state.

Water is an interesting fluid because it is incompressible, and its molecules are slightly attracted to each other.  This attraction causes the molecules to want to stick together, creating effects like surface tension.

Incompressibility means that water will move when a force is applied and, due to this, it must be moved out of the way by things like boats and ducks.  It will not compress like a sponge.

To understand waves, we must first know how gravity makes waves possible.  If there were no other forces present, water would tend to be calm and flat due to the earth’s gravity.

Water is always trying to return to this calm state.

Because of gravity, any water lifted will tend to fall back toward the center of the earth.

Since water has surface tension, it rises and falls together, forming waves.

The Wind creates most Waves

When we think of waves, one of the first things that come to mind is ocean waves.

These waves are created primarily by wind.  Wind creates waves in two ways.

The first is by creating an area of low pressure above water.

The lower pressure area causes the water underneath to rise slightly, starting the wave.

The second way wind makes waves is through the friction between the air and the water.  This friction can not only lift water but also propels the waves forward.

The effects of air pressure and friction can be significant, especially in severe weather like hurricanes and typhoons.

Tsunamis are extreme waves and are a special case.

They are usually caused by underwater volcanic activity, earthquakes, or massive landslides.

Tsunamis are unbelievably large waves that cause massive destruction when they make landfall.

When a solid object like a duck or a boat moves through the water, it displaces the water creating waves.

We call this special wave a “wake.”  The wake is caused by the surface of the boat, pushing the water out of the way.

Recall that water cannot compress, so it must be displaced up and away from a boat’s hull.

The size and intensity of wakes depend on many factors, including the hull shape, weight, and boat speed.

Some boats are shaped to slice through the water, while others are designed to lift themselves out of the water slightly to get on a “plane.”

Boats designed to slice through the water have a classic shape like a battleship called displacement hulls.

Displacement hulls have a similarly shaped bow and stern, allowing them to cut through the water more efficiently.

These hulls always displace the same amount of water, meaning their wakes will stay the same size once they are at speed.  Planing hulls, on the other hand, have a flatter bottom, particularly toward the stern.  They also have transoms instead of classic sterns.

Planing hulls rise out of the water as they accelerate, gliding more on the surface and displacing less water at speed.

The stability they achieve at speed is called “being on plane.”  When these boats are on plane, their lower displacement makes them more efficient and creates smaller wakes.

The classic planing hull is a bass boat or Carolina Skiff.

A heavier boat sits lower in the water, which pushes more water out of the way(displacement).

Since the boat is lower in the water, it must push more water out of the way to achieve speed.

This, in turn, casts a larger wake or, in the case of a planing hull, takes more energy to get on the plane. Wake boats(see below) take advantage of this by increasing displacement with their ballast systems.

The opposite is true of lightweight boats.

The speed of the boat will directly influence the energy imparted to the wake.

With boats that plane, faster speed will equal smaller, but faster, wakes.

Planing boats go through a transition from idle speeds to planing speeds.  During this transition, they cast the largest, most powerful wakes.

If you have a boat that planes, it is important to know how the wake behaves during the transition to avoid unnecessarily large wakes.

Wake Boats Are Made To Create Waves 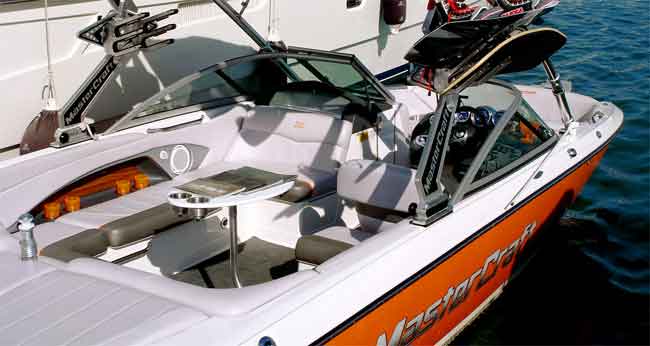 Let’s take a moment to talk about wake boats.  Boats designed for wakeboarding or wake surfing are designed to cast a larger wake specifically.

They achieve this through clever hull design and the use of a ballast.  Most have ballast systems that can pump water into tanks placed in key areas to increase the wake size.

Unlike other boats, wake boat hulls have brand-specific, proprietary design features that will cast a wake perfect for wakeboarding and surfing.

Some wake boats have special extensions on the hull to cast certain desired wave shapes, and ballast can be used on only one side, creating one perfect wave to ride. They are inboard boats with a lot of power due to their higher displacement.

Inboards are also used for safety reasons as wakeboarders are typically close to the back of the boat, and inboards have propellers underneath the boat and out of the way.

Boat Trail: What is It and Why Does it Last?

If you have been boating, I am sure you noticed a white trail behind the boat.

Have you ever wondered why?  The answer is turbulence.  A boat causes turbulence through chaotic, unpredictable changes in current from any surface that touches the water.

The most common culprit is a propeller, but any surface that produces chaotic flow can cause turbulence.

As the propeller turns, it pushes the water creating thrust in the desired direction.  When moving forward at speed, this thrust is significant and will cast the water up (depending on the direction of trim), creating a “tail” of bubbles and turbulent flow behind the boat.

This tail persists in the water as the bubbles dissipate.

In freshwater, this dissipation happens fairly quickly, but in ocean water, the bubbles, and therefore the trail, can persist for much longer.

Ocean water has many different organic molecules dissolved or suspended in it.  These organic compounds, including phospholipids and proteins, form semi-stable membranes around trapped air from turbulence.

We call this a “bubble,” of sorts, and these ocean bubbles are not unlike the bubbles from soap. However, the dissolved proteins make them more stable than soap bubbles.

Many of these bubbles come together to form foam.  The bubbles and foam created by your boat’s turbulence can stick around for days leaving a clear trail behind the boat.

This effect is much less prominent or non-existent in freshwater, explaining why there is less of a lasting trail in lakes and rivers.

What Do I Need To Know About The Wake From My Boat? 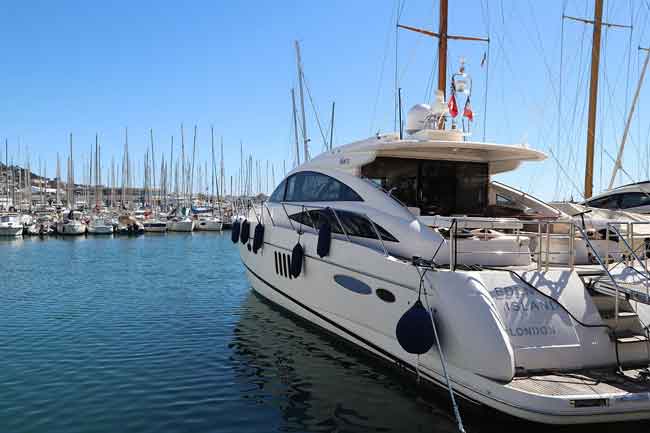 An important lesson to learn as a Captain of any size vessel is that it is your fault no matter what happens or fails to happen.

This is certainly true of the wake from your boat and applies to owners and operators in most cases.

The bottom line is you need to know your local laws and etiquette when it comes to your wake.

Here are a few general guidelines that apply in most areas:

These are a few posted signs you might encounter:

Remember that you are legally liable for any damages caused by your wake.

How To Reduce The Wake From Boats

If you already own your boat, then reducing your wake is more a matter of operation.

In this case, reducing your weight and adjusting your speed are the only options you have.

If you own a planing hulled boat, remember that you cast the most wake during the transition from idle speed to planing speed and reduce the time spent in transition.

If you are buying a boat and wakes are a concern, choose a hull designed to cast a smaller wake.  These designs are typically multi-hulled boats like catamarans and pontoons, split hulls like the tri-hull design, or low draft designs like a Carolina Skiff.

Wakes are cast by anything that displaces and moves through the water; even kayaks have a wake.

If you know your equipment and local laws, have some common sense and etiquette, and know how to manipulate your wake, you will have many safe and enjoyable days out on the water.

As always, I hope you have peaceful travels, fair winds, and calm water.

Be safe and watch out for your fellow boaters!