Update Feb. 2020:
Polar Kraft boats are now owned by Apex Marine a family-owned company based out of Mid Michigan.

Here’s a message from them:
“We are striving hard to improve quality, improve efficiency ultimately resulting in a Better product.  Apex Marine is not a corporate entity and quality is paramount.”

Every brand of boats has both strengths and weaknesses. Even the Nautic Global Group (one of the largest boat manufacturers in the world) has a few problems with their Polar Kraft line of boats.

Today we will go over some of their problems, strengths, weaknesses, and their current standing in the nautical world. 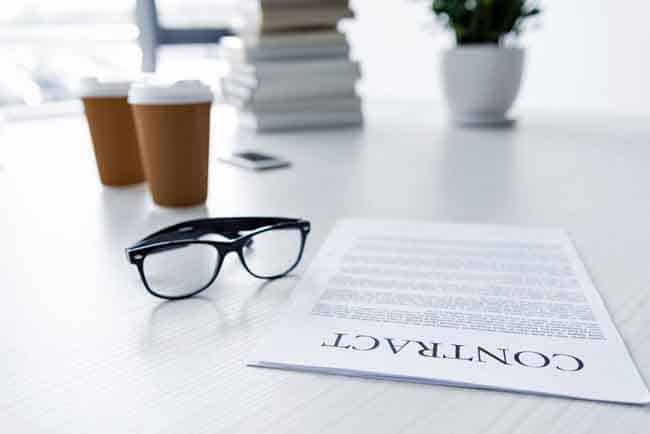 1. No Longer as Customizable as They Once Were

Since the Bennington Marine company bought the parent company of Nautic Global Group, the website has changed and isn’t quite as flexible and customizable as the past. Prior to the acquisition, buyers were able to customize their boats to their needs, but that option has been taken off of the website.

The Bennington company is known for their pontoon boats (which may account for their acquisition of Nautic Global, since they shared the pontoon boat market with the Hurricane brand).

There are questions to the future of Polar Kraft since the Bennington company has been known for focusing their efforts on different types of boats.

2. Hard to Find at Dealerships

While researching the prices for new Polar Kraft boats, I found it especially difficult to find a dealership near me. This is especially strange since there are plenty of fishing towns, marinas, and boat dealerships in my area.

Upon further research, I found that buyers all over the US were having issues as well.

The boating community has been fairly silent about the Polar Kraft line of boats in the past 5 years. Prior to that, there were a few rumblings of quality issues, which all seemed to be resolved around the 2011-era boats. Since then, they have been viewed as classic and sturdy.

However, the dealerships that sell them are sparse across swaths of the United States.

The most common manufacturing problems boaters complain of are bad welding spots and leaky rivets. Of course, these aren’t specific to Polar Kraft boats, this is a common problem with a number of other boats. In all of the cases I have researched, both the welds and leaky rivets were redone under warranty. They were fixed with the full and friendly cooperation from Polar Kraft.

One of the complaints that avid boaters used to throw around was the “fit and finish” of Polar Kraft boats.

Of course, this is something that since seems to be resolved as the complaints about this topic have died off since 2011.

For those who don’t know, “fit and finish” refers to the way that the parts go together when putting together a vehicle. This term was first used with cars but translates well to boats (as well as other types of vehicles).

The worry is that, if the component parts aren’t smooth and accurate, perhaps the manufacturer skimped on other details as well.

4. The Standard Engine is “Okay”

It is well known that the standard engines which come with Polar Kraft boats (often a mediocre Yamaha) will do a decent job but is nothing special. This can easily be fixed by swapping the standard motor for a higher performance one.

However, it is a pain to have to research the type of engines that will suit your needs, in addition to various types of boats as well.

Luckily, since the community agrees that Polar Kraft boats come cheaper than Lund’s (and other equivalent boats), interested buyers can spend the money they save on the boat, on an upgraded motor. Of course, boaters and fishermen should look at their needs before immediately discarding these standard engines.

While they might not win any races, they are reliable and trustworthy motors.

Polar Kraft has been around for a while and as a long-lived and loved line of boats. There are plenty of reasons they have die-hard fans, mostly because

They do have their fair share of worries, however, including:

“A 17-foot boat might sound cramped, but the 179 Frontier WT defies conventional wisdom.”

In the Boating Magazine article about the Polar Kraft 179 Frontier WT, the magazine briefly goes over the standard features of the boat, as well as remark on the incredible way that Polar Kraft engineered the limited amount of space on the 17’ fishing boat. This is a common theme through most of the reviews (both professional as well as layman boater and fishermen).

“Although no one would mistake this boat for a tournament walleye, it’s plenty of boats to get average anglers out on the water in search of their favorite quarry.”

In the Boating World article about the Polar Kraft Outlander 160 SE, the writer and reviewer (Alan Jones) talks about how he took the Outlander on a cold, cold winter day (30 degrees Fahrenheit) to test out its name and the standard design.

He stated that the affordable boat handled the cold temperature well. The reviewer also says it had surprisingly roomy features (like a large aft deck, and the pedestal fishing seat receiver) despite the small dimensions of 16’ 3” in length.

While he was complimentary over most things, there were two things he was less than enthusiastic about. These complaints were:

Like most manufacturer websites, Polar Kraft doesn’t list their list price or their manufacturer’s suggested retail price online. Most dealer websites have also omitted the price of Polar Kraft boats, instead opting for an emailed quote.

However, there are a number of used prices which can easily be found online. 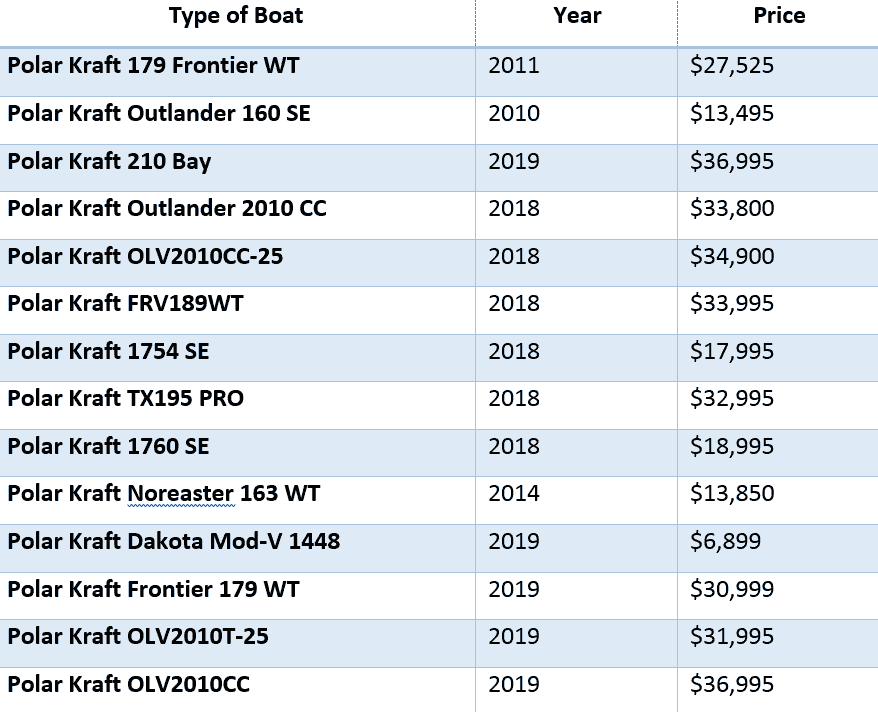 There were a few complaints with the fit and finish (the most common issue with Polar Kraft boats). But, the complaints have lessened over the years.

They are now regarded as classic (yet plain) fishing boats. Polar Kraft boats are known to come with decent standards, at a price you can’t shake a stick at.

They should be a competitive candidate if you are looking for: