Hawaii arguably has some of the best beaches in the United States.

It also has great weather and many other fantastic outdoor activities for people to enjoy.

This being said, Hawaii is probably the hardest place in the United States to go RVing.

Here are 8 questions you’ll want to know the answers to before you go RVing in Hawaii: 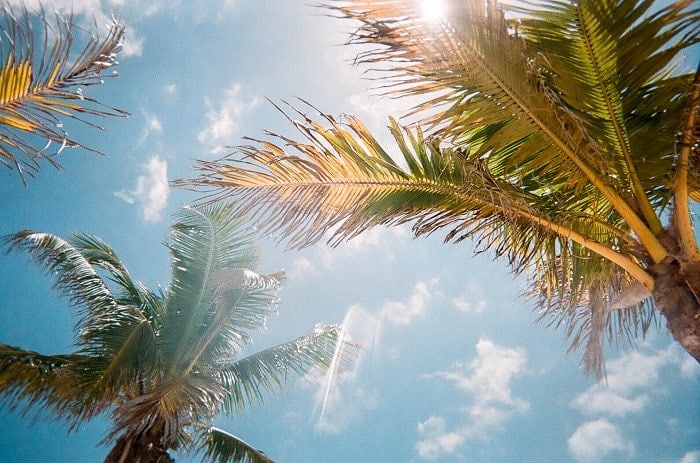 Is It Possible to Go RVing in Hawaii?

It is certainly possible to go RVing in Hawaii, and some people have attempted it successfully.

The main issue is that it can be confusing and difficult to find a place to park your RV in Hawaii.

Also, another issue you’ll have is that you can’t just drive your RV there.

If you’re coming from the mainland, you’ll need to have it shipped over, and it probably won’t be worth it unless you plan on spending a lot of time there.

Are RVs Illegal in Hawaii?

RVs are not illegal in Hawaii, but it is usually illegal to sleep in them in Hawaii.

It can also be illegal to park them in many areas, so you really need to do your research before you attempt to RV on one of the islands.

You are allowed to camp on some of the beaches in Hawaii.  To do so, you just need to get a permit.

The beach will often have showers, toilets, and potable water for you to enjoy.

On top of this, you may even be able to drive your RV right up onto the beach.

The strange thing, however, is that you won’t be able to legally sleep in it overnight.  Instead, you’ll need to pitch a tent outside of your RV for sleeping.

This is because camping is allowed, but sleeping in a vehicle is not.

It may also be illegal to park your RV on the street.

You won’t have this problem with a small class B RV, but you will if you have a large class C or class A RV.

Fortunately, you probably wouldn’t want to ship either of these RVs over to Hawaii anyway.

Can You Rent RVs in Hawaii?

It is possible to rent RVs in Hawaii.

While I’ve seen forum posts from people who have said that it isn’t possible to rent them, I’m certain that it is because I’ve seen them posted up for rent on large sites like Outdoorsy.com.

Again, the issue you’ll have is that you might not be able to do much with the RV after you’ve rented it.

How Much Does It Cost to Rent an RV in Hawaii?

The rental cost for RVs in Hawaii will vary.

One thing I’ve noticed about many RV rentals in Hawaii is that they come with a place to park it.

I think this is a great solution for people looking to RV in Hawaii, as this will take the stress out of having to find a parking spot after you’ve rented it.

Renting something like this could save you a lot of money on fines and will almost certainly increase the quality of your trip.

Can You Ship an RV to Hawaii?

You can ship an RV to Hawaii, but it really doesn’t make that much sense for people who do not plan on staying there.

Also, remember that unless you plan on staying in Hawaii forever, you’ll also have to ship your RV out of Hawaii as well.

Just shipping a small car from Hawaii and back again will cost you upwards of $3,500.00.  An RV will cost you even more than this.

On top of this, you’ll also have to get your RV to the shipping destination.

Getting an RV from Iowa to California will easily cost you hundreds of dollars just in fuel and tolls.

Can You Live in an RV in Hawaii?

At the time of this writing, Hawaii does not have any full-time RV parks or even mobile home parks.

This makes the possibility of living in an RV in Hawaii quite difficult.

The only way I can think of for somebody to live in an RV in Hawaii would be for them to either attempt stealth camping in a Class B RV or for them to find a private owner that will rent land to them.

This land would have to be in a remote area, though, as city ordinances would not allow this to be done legally.

Are There RV Dump Stations in Hawaii?

There aren’t any RV dump stations in Hawaii.

If you decide to go RVing in Hawaii, you’ll need to use an RV with a cassette toilet.

You’ll also need to use a portable gray water tank so that you can legally dump your gray water safely into a restroom.

Are There Any Rules to Be Aware Of?

Some roadways cannot support the weight of a large RV.

In this case, driving your RV on these roads is not only illegal, but it’s dangerous as well.

Before you even consider attempting to bring a large RV over to Hawaii, you’ll want to think about where you plan on driving it.

You may find that the areas you want to visit won’t be available to you in your RV of choice.

RVing in Hawaii is possible, but it isn’t easy.

Before you attempt to go RVing in Hawaii, you’ll want to consider your motivations for doing so.

If you’re just looking to go on a short or even extended vacation there, you may find that it’s better just to rent a small place and a small vehicle that you can use for exploring.