Tiny houses can be the perfect solution for people looking to live a more reductive life.

However, not every state has embraced the tiny living life.

Why are tiny houses illegal in some states?

The reason tiny houses are illegal in some states is that it is difficult to regulate the houses when it comes to zoning and safety. Without proper permits and certain safety regulations, states are unable to deem these houses as acceptable forms of residency.

Instead of finding a solution that best suits everyone, these states have decided to outlaw these tiny houses, squashing the dreams of many people looking to live a smaller and simpler life.

Here are plenty of ways that you can comfortably live in your dream tiny house without breaking the law.

What States Are Best Suited for Parking Your Tiny House? 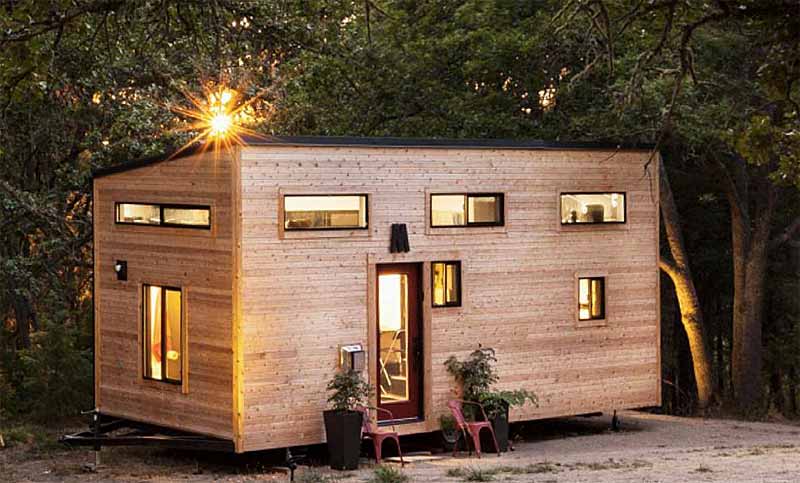 While there are plenty of tiny house sellers out there, most people prefer to build their own way to clutter-free freedom. This is where people run into trouble with the law.

Before building a tiny house, you have to first make sure the land is properly zoned and inspected.

This is just the beginning of your tiny house journey.

Along the way, you will find that there will be countless hoops to jump through before you can officially move in.

When it comes to deciding where to live, it should be noted that some states are much more “tiny house” friendly than others.

Here are some of the best places for you to start your tiny house adventure:

What better backdrop for your dream tiny home than the west coast.  California has been leading the way when it comes to waste reduction and environmental discoveries.  For being one of the first states to put a ban on plastic straws and plastic bags, its no surprise that California would be leading the charge when it comes to tiny living as well.

It isn’t only the smaller, greener cities that are getting on board with tiny houses either.

Recently, Los Angeles was ordered to return tiny houses that were being used to house homeless families.  So if you’re looking to live a greener and simpler life in deliciously warm weather, consider California for your new home.

Not a fan of the sunny west coast lifestyle?

Perhaps consider settling your tiny home into one of New England’s most historical states, Massachusetts.  More specifically, Nantucket.  Right now, Nantucket is in the process of legalizing zoning for tiny homes in the heart of its historical village.

While there are still hoops for this bustling town to jump through before homes can begin construction, Massachusetts is well on its way to being a titan in green living history.

It is no secret that many parts of Michigan have been suffering over the past few decades.  Out of the ash, cities like Detroit are starting to rise again with a new resurgence of twentysomething’s taking up residence in the motor city.

One of the biggest obstacles that Detroit has had to overcome is poverty.  With the closing of several factories in Detroit, many people have been left homeless.

Right now, Detroit is in the middle of a major overhaul project that is building a community of tiny homes that will offer more solutions to the disenfranchised people of Detroit.

It isn’t only people in need who are flocking to Detroit to build their tiny houses either.

Up and coming neighborhoods like Ferndale, have become a safe haven for many musicians and artists who are looking to reduce their living space.

You can’t talk about green living without mentioning Oregon.

Cities like Portland have become a hub for a collection of people who are looking to live outside of normal social standards.  Portland has welcomed in tiny houses with open arms.  The city not only allows for the construction and zoning of tiny homes but also welcomes in tiny home communities as well.

In Portland living in tiny houses has become much more than a journey to reduces living. Communities welcome newcomers with the same goal in mind.

This is to offer up alternative solutions to big and excess living.

What Are Some Ways to Help Keep Your Tiny House Legal? 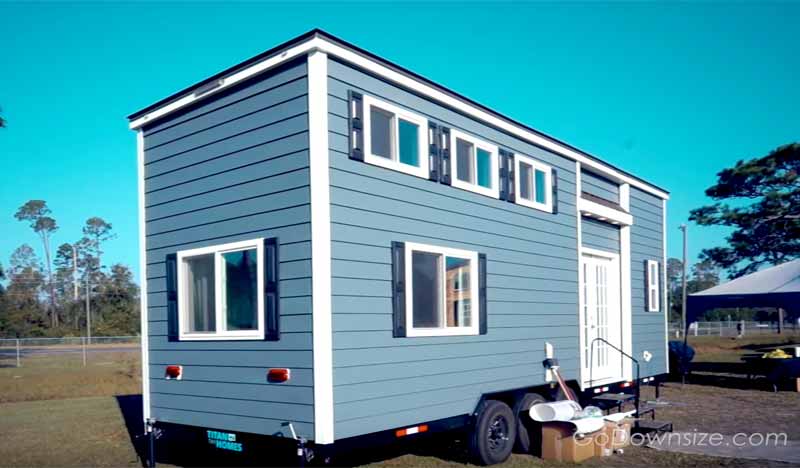 If you’re like many other people who dream of living a greener life, you may be looking for ways to work with the law in order to build your dream tiny home.

While it is important to remember to follow the laws on the land, there are creative ways to work around set laws.

Here are some ways to get the best out of both worlds:

Some states require these types of residences to either have wheels or no wheels, depending on where you live.

If you live in a state that requires your tiny home to be on wheels in order for it to be quickly relocated, consider keeping it up on the trailer.  This is a tricky little loophole that many tiny house owners have become wise to over the past decade.

This is even an option for people who don’t plan on moving their tiny home any time soon.

The key to finding any great real estate is location.  Did you know that the same logic can be applied to tiny houses as well?  If you find that you live in a state where zoning regulations prohibit you from building your time home, consider reaching out to a friend.

People have found that by moving their tiny home to a property that is privately owned, like a backyard or a farm, they can avoid getting hitting with heavy zoning violations.

However, you will have to find a friend who would be willing to have you park your home on their property for the foreseeable future.  Or, at least, until the laws change.

The infamous saying, “you have to walk before you can run,” has a ring of truth when it comes to converting your life to smaller living.

Choosing to live in a small home can be a big adjustment for a lot of people.  Even with the appealing draw of living in a tiny house, there are some major changes that will have to be made.

Some people choose to live in their tiny-home, starting out with less than halftime.

This is a great way to dip your toe in the water before you know if the tiny life is meant for you.

But it’s much more than that.

Choosing to live in your tiny home on a part-time basis can help you get around some of the pesky state laws that are keeping you from committing full-time.  The property will then be marked as “recreational,” which means that certain zoning and construction laws won’t apply.

If you find that you are frustrated with current laws in your state that may be preventing you from building your tiny home, try to change them!

Like most things, it takes a movement in order to bring change.  Most progressive movements start with just a couple of people who share the same common goal.

So, find a community of like-minded people and start your own movement.  It won’t only be for you alone, but for the future generations to come.

It may seem like living without limits in a limited amount of space is an oxymoron, but the theory holds weight.

People who live in tiny houses always say that it is actually quite freeing.  Living in smaller quarters forces you to look at life with fresh eyes when it comes to excess.  You find that possessions, once deemed necessary, can totally be lived without.

While living in a tiny house is far from limiting, the laws surrounding your residence can be.

While it can be frustrating to not have the laws be as progressive as your ambitions, it is still important to respect the law of the land.

However, there are plenty of sneaky ways for you to live in a tiny house without the law being any the wiser.  So, be smart and make sure that you have all of your bases covered before starting your small house journey.  Good luck.