Working on a yacht gives you the ability to spend your days and nights at sea while exploring fun and far-off places.

For this reason, many people wonder how to get into the industry and what other things they need to know about working on a yacht.

In this post, we’ll talk about the top 8 things to consider before getting a job on a yacht.

We’ll also talk about how much yacht workers earn:

Are You Qualified To Work On A Yacht? 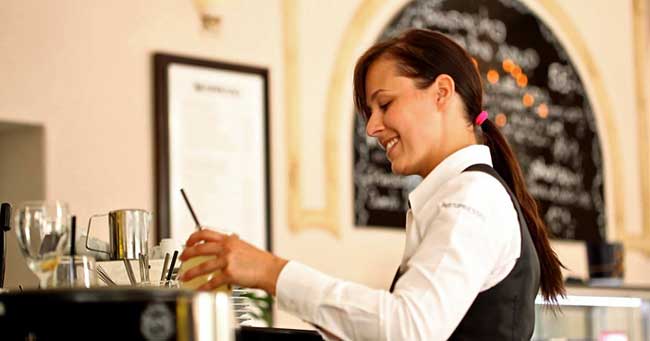 According to BlueWaterYachting, there are about 15,000 yachts in the world that are large enough to require a professional yacht crew.

To set yourself apart from these people, you’ll want to have experience in whatever position you’re looking to fill.

Wondering what types of jobs exist on a yacht?

6 popular jobs you might hope to get on a yacht:

There are also other yacht-specific jobs that might come up as well.  For instance, I saw a yacht that had two professional massage therapists on board.

These people might not be needed on every yacht like a captain would be, but they were needed for this particular yacht.

In addition to general job specifics, you’ll also need to be trained to work on a boat.

Many different companies offer short courses that will teach you the basics of yachting as well as the basics of first aid and water rescues.

Another thought to consider is that you’ll need to have superior people skills when working on a yacht.  Remember, you’ll be in close quarters with a small group of people day in and day out.  If you’re angry at a coworker or customer, you won’t have the ability to go home to get away from them at the end of the day.

For this reason, it is important that you’re able to get along well with others.

Also, remember that a yacht crew is often very diverse.  People on your crew might come from different countries where the cultures are quite different.

Getting to know new people and new cultures is very rewarding but it can be difficult at first.  You’ll need to be willing to work much harder at it on a boat than you would at a typical 9 – 5.

What About Sea Sickness?

Are you prone to motion sickness?  If so, working on a yacht might not be the best idea.  Getting sick on a short cruise might not be a big deal.  The cruise is over in a few hours and shortly after you arrive on land, the seasickness goes away.

However, if you’re sick on an ocean voyage, you might be sick for days or even weeks at a time.

Before signing on to work on a yacht, you might want to take an ocean voyage to see how your body will react.  It would be sad to get signed on to a three-month job only to find that after a few weeks you’re just too sick to continue.

Is there anything that can be done to stop seasickness?

Luckily, many people have found that their tolerance goes up over time.  However, some people never get used to the sea and they will always be sick while traveling on it.

These people might want to change industries or find a more stable boat that does not go out in rough waters.  For example, a person that gets seasick on the ocean might be perfectly fine working on a party boat on a river.

How About Your Health?

Another thought to consider is the fact that being at sea limits your ability to get medical care and medicine.  People with long-term diseases might want to think twice before working on a yacht.

Imagine you have to take daily medication to stay healthy.  Now imagine that this medicine does not show up at your next port.  Will the yacht owner stick around to get you your medicine?

What happens if you don’t get your medicine?  Will the disease become irreversibly worse?

People with health issues may want to resolve these issues before they look into a career on a yacht.

Otherwise, they might want to work on a yacht that does not do long trips.  If your yacht only does weekend trips, you could always store extra medication on the boat to ensure your safety.

Privacy can certainly be at a premium on a yacht.  Crew quarters are almost always shared quarters and you may not even have your own bed.

For some people, this isn’t a big deal, for others, it could be a nightmare.

Also, remember that you’ll always be in close contact with other people.  If you’re an extrovert the yacht could seem like paradise.  However, if you’re more introverted and need to have a significant amount of alone time to be happy, this might not be the job for you.

Getting any real time to yourself on a yacht can often be an impossibility.

In fact, even extroverts may want to bring a set of earplugs with them so that they can get some peace and quiet from time-to-time.

How About Your Friends and Family

Setting sail across the ocean on a yacht while getting paid to do so can be a dream for some people.  In fact, it might be a dream of yours.  But, have you thought about your family and friends.

When you’re off on a 12-month voyage, you won’t be able to see your friends and family.

Depending on your situation, you might have to miss people’s weddings, graduations, birthdays, and many other momentous occasions.  You may also find that when you get back, some of your personal relationships just aren’t as close as they used to be.

In fact, some of your friends may even resent you for leaving.

On the other hand, it is easier than ever to stay in touch with friends and family member while staying out of reach.  With emails, satellite phones, and video calls, you can continue to cultivate relationships from afar, you just might have to work harder at it.

Seasonality For Working On Yachts

Jobs on yachts are often seasonal and can often be unsteady.

Some larger charter yachts might have a crew throughout the entire year.

The company that owns these yachts will want the crew ready to set sail for any customers they might get.  In this case, the crew may only have passengers a few months out of the year.

Other jobs on yachts might only last a season.  In fact, the most in-demand yacht jobs are usually only three months.  This can be great for students and teachers looking to fill their summer up with a fun and interesting job.

For others, this kind of work might not be steady enough.

A potential yacht worker might also want to consider their availability.  Jobs are more likely to appear around June and end in September.  If you’re not available during these months, you may find that jobs are harder to acquire.

You’ll also need to be very flexible when it comes to availability.

These jobs can come up quickly and they can be filled quickly as well.

When a yacht owner wants to set sail it can often be at a moment’s notice so you won’t have much time to think about whether or not you want to take the job.

Wait a few days to respond and the yacht may have set sail by the time you answer.

The salary of a yacht worker will vary, mostly based on the job title and job responsibilities.

Here are some example salaries of jobs that you might do on a yacht:

Here’s everything you need to know about exactly how much the yacht captain and crew make.

They actually also make quite a decent amount of money from tips given by the owner’s guests.

Working on a yacht can be a fun and lucrative experience.

Just know that there are some challenges and be prepared to meet them when the time comes.