Most of us have a collection of old CDs and DVDs that fill up our bookshelves or entertainment centers.

They take up a lot of space compared to newer items that can be streamed or stored digitally. You might want to consider freeing up some of that space by getting rid of your CD or DVD collection.

Can CDs and DVDs be recycled?

CDs and DVDs can be recycled, but you might have a very difficult time finding a place to do so. Most people who are determined to recycle these items must mail their discs off to be recycled. 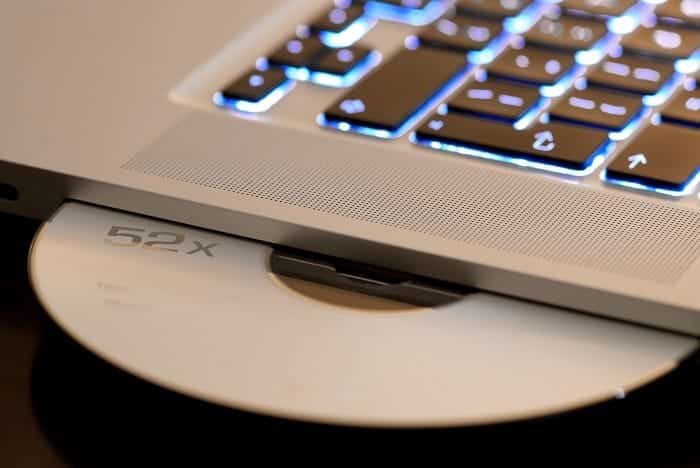 How Do You Recycle CDs and DVDs?

You might be wondering exactly how CDs and DVDs are recycled since they are made of plastic.

Most people are familiar with placing their plastic bottles and other odds and ends into the blue recycling bin that they leave at the curb each week.

Can they do the same thing with their CDs and DVDs?

Unfortunately, most recycling centers are not equipped to handle CDs and DVDs. This is because each one is typically made of a blend of different types of plastic resins. These items are hard to recycle, but not impossible.

The reason that they are so hard to recycle is that they are not labeled with a specific resin identification code. There is no surefire way to determine how they should be processed by the recycling facility.

This is often because they are made of a blend of different plastics instead of predominately one type.

What Should You Do With Them Instead?

Instead of taking them to your local recycling facility, consider mailing them to a larger organization like the CD Recycling Center of America.

This organization ordinarily takes CDs and DVDs, but they are not accepting packages until further notice due to the novel coronavirus outbreak.

Be sure to check with them before you mail out any type of package.

If this is not an option, consider recycling them differently. You might want to take them to a secondhand store where someone else will purchase and treasure your unwanted items.

This is also a neat way to earn a few dollars for your disposable goods, provided that the CDs and DVDs are in good condition.

Can CD and DVD Cases Be Recycled?

Oftentimes, the cases are easier to recycle than the discs themselves.

The cases are typically made of plastic number six, which is accepted by many local recycling facilities.

You should check to make sure that your local facility accepts this type of plastic. If it does, then you should be fine to toss it into your curbside recycling bin.

Remember to remove the paper liners first! These are also recyclable.

Can CDs and DVDs Be Recycled For Cash?

Unfortunately, recycling your CDs and DVDs is not going to be a very lucrative activity.

There is not much money in recycling these items, so you are unlikely to receive a major payout for these discs.

You may fare better to sell them to secondhand stores that collect used CDs and DVDs.

If you have a nice collection of discs that are in good condition, this is a great way to make a few extra dollars and to extend the lifespan of your unwanted items.

Do Best Buy, Staples, Target, and Other Stores Recycle CDs?

Some stores with technology departments do have programs that allow you to bring in old and outdated technology for recycling.

The list of potential items that you can recycle is practically endless, including items like ink and toner to video games and cameras.

It begs the question of whether CDs and DVDs can be recycled in any of these programs.

A glance at the Best Buy policy does include a section for movies and music, but it specifically excludes CDs and DVDs from the list of acceptable items.

If you would like to recycle your CDs and DVDs, then you might want to head over to Staples. While their program is currently suspended due to the virus, they ordinarily accept many tech items that could include CDs and DVDs. It is also believed that some

Target locations may also accept optical discs in their recycling bins. To find one near you, you can use the locator at the CD Recycling Center of America.

What is the Best Way to Dispose of Old CDs and DVDs?

The best way to get rid of old and unwanted CDs and DVDs is to mail them away to a recycling facility unless you are lucky enough to have one nearby.

If this is not an option for you, then you might consider selling them secondhand to make a few dollars and keep your discs alive and out of the landfill.

Are CDs and DVDs Biodegradable?

When recycling your CDs and DVDs doesn’t seem like an option, many people are tempted to just throw them in the trash to be taken to the landfill.

This begs the question of whether these items are going to be biodegradable. Will they ever be absorbed back into the earth?

It probably comes as no surprise, but neither of these items is biodegradable. They are made from a composite of plastic resins with dye and reflective layers.

It is even suspected that these items might release Bisphenol A into the environment as they sit in landfills, something that can have a major negative impact on our overall health.

It is better to try to recycle or reuse these items instead of placing them in landfills.

Are CDs and DVDs Bad for the Environment?

The truth is that unless you plan to keep your CDs and DVDs forever, they are bad for the environment.

They cannot easily be recycled, and they will not break down in landfills. They even release Bisphenol A, which can be harmful to our health.

With all of the new technology that allows us to stream information and store it digitally, it is much safer to embrace these new methods than to stick with old CDs and DVDs.