The horizon is described as the furthest the human eye can see before the curvature of the Earth disappears from our view.

This means that the human eye, which can see quite far, eventually loses sight of whatever is beyond the horizon.

For a long time, sailors wondered why boats disappeared from our view out at sea, but with modern science, we now know the answer.

Boats Disappear Over the Horizon Because:

The simple answer is that the average human being, standing at a height of roughly five feet or so, can only see about three miles before the curvature of the Earth disappears from our view – especially out at sea where there are no buildings, trees, or obstacles to disrupt our vision.

If a tall sailboat sails more than three miles away, you might catch sight of their mast as it disappears over the horizon line.

If a speedboat does the same, it will disappear much faster as it is far shorter and closer to sea level. 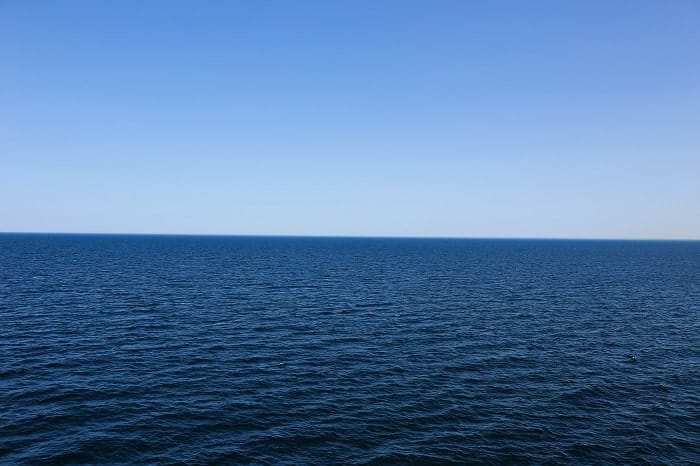 How Far Away Must a Boat be to Disappear on the Horizon?

A boat will disappear from view at about three miles away at sea level.

This is because the human eye can only see about three miles away when your eyes are at an average human height of about five feet tall. With the help of binoculars or other equipment or standing up higher, you can see much further over the open ocean.

This is why sailors have a “crow’s nest” or a spot on the mast of a ship that sailors would sit in to keep watch for land, other ships, or obstacles like ice.

The higher up you are, the further you can see over that horizon line – especially with a spyglass.

However, to the naked eye, standing at about five feet tall, three miles is the stopping point for how far a boat will still be visible at sea level.

How Far Can the Human Eye See?

As we’ve mentioned, the human eye can only see about three miles away at sea level – but why?

Modern science tells us that the curvature of the Earth will curve at a degree of about eight inches per mile at sea level. This means that the distance you are viewing is going to be obstructed by that curvature and cut off your vision more quickly when the human eye can only absorb three miles.

If you were to lay down on the beach and look out over the ocean, your vision would be disrupted at even less than three miles away, as your eyes are only a foot or so off the ground. In this example, you would only be able to see about one mile.

However, if you were to stand atop a mountain, the horizon line would be much, much further away. This is because a high vantage point allows you to see past the curvature of the Earth for a much further distance than you would if you were on a beach and standing at five feet tall.

So atop Mount Everest, your eyes could see a horizon line of about 230 miles away!

Mostly, this is because your vantage point – like the crow’s nest – is thousands of miles above the ground, giving you a better view.

Who Discovered that Ships Disappear Over the Horizon?

Aristotle is widely considered to be the mastermind behind discovering ships disappear over the horizon, as it is rumored that he claimed that he noticed ships sinking hull-first in the distance at sea.

However, while this is a well-known consideration, it is impossible to know for sure if Aristotle was the one who first came up with the theory that Earth was curved, and in fact, the man who discovered the axis and circumference of Earth was Eratosthenes, who was born about one hundred years after Aristotle.

Eratosthenes was a Greek scholar and librarian of the Library of Alexandria, who used his vast knowledge to closely calculate the actual circumference and tilt of the Earth’s axis.

His research has stood the test of time and even paved the way for modern geometry and science.

So, while Aristotle supposedly may have noticed ships seem to sink below the waves at sea, he was not the only person to make strides in the science that lead to the discovery of the curvature of the Earth.

Why Do Some People Believe Boats do not Disappear over the Horizon?

There are those out there who believe in a flat earth, and those people are widely known to be called “flat earthers.”

A flat earth was widely considered to be the common truth among people way back in human history.

The resurgence of the “flat earth theory” may be solely to stir the pot and make people angry – causing online discourse and raking in donations for their “cause” – or because “flat earthers” genuinely believe in bad science from centuries ago.

“Flat-earthers” claim that the world is a large disk surrounded by Antarctica, a “150-foot tall wall of ice”, which holds the Earth together and prevents water and people from falling off the world. They also claim that images of a round globe are fabricated and that NASA and world governments around the world are lying to the public at large.

While it is fun to joke and laugh about those who claim that the Earth is flat, the reality of the situation is that loud believers in bad science have the potential to disrupt good science, modern thinking, and slow scientific progress way down by vocally gathering gullible followers.

It is not clear why “flat earthers” care so much about the curvature of the Earth and are so vocally angry about modern science proving a spherical planet, but they seem to be here to stay.

How Far Away is the Horizon? – LiveScience

How Far Can We See and Why? – Healthline

Are Flat-Earthers Being Serious? – LiveScience 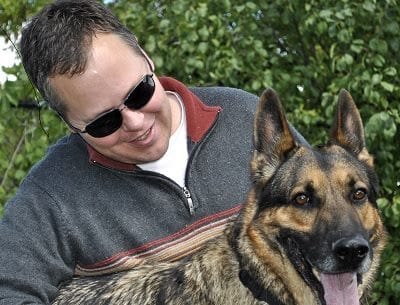 Jonathan is a lifelong boater and fisherman.  He lives in beautiful Upstate South Carolina and may often be found on one of the many area lakes.