Often we are told that the explosion of boats and cars in movies is wildly overdramatized and that a car or boat is more likely to catch fire than it is to outright explode.

While this is the case for most vehicles and watercraft, there are occasions in which the conditions can be just right for a boat to explode.

Why do boats explode?

Any watercraft with an inboard gasoline engine has a very real potential to explode. This is largely due to the buildup of gas fumes within a confined space, such as the bilge or an engine compartment. These gas fumes could possibly ignite and quickly spread, ultimately leading to an explosion.

Explosions of a boat are very rare, but they have been known to happen.

In this article, we will explain the reasons why boats explode and how you can prevent this from happening to you. 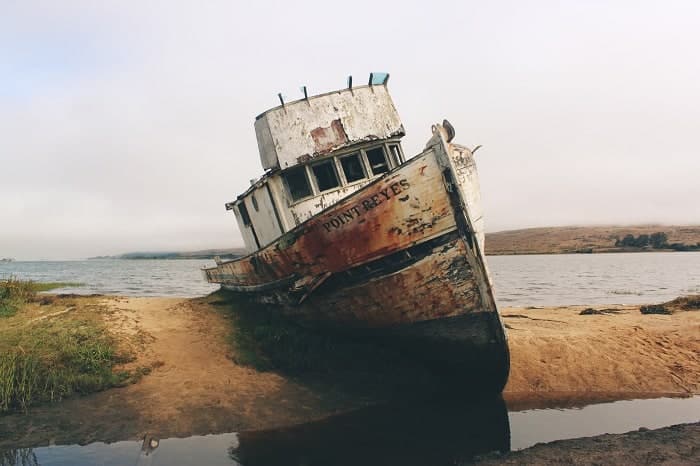 How Often do Boats Really Explode?

While it is reassuring to know that the injuries and fatalities from these accidents are relatively low, it is still shocking to know that boats explode a few hundred times per year nationwide.

Furthermore, it should be noted that more fatalities happen every year to collisions of boats with stationary objects, other vessels, and grounding than explosions due to fuel issues.

Essentially, boats do explode, but it is not quite common and not always fatal.

However, it is still important to know how and why a boat can explode and how you can prevent it from happening.

As we mentioned before, an inboard gasoline engine is more likely to get fuel trapped in the bilge or within an engine compartment, which could ultimately cause a buildup gasoline vapors.

If those fuel vapors, and trapped fuel, were to spark, that boat would most likely have an explosion of some kind, either a huge one or an internal one that would damage the boat and possibly cause it to sink.

It is far more likely for fuel to be trapped or leaked into the boat with an inboard motor, as it is internal and part of the boat’s hull construction.

Boats that have inboard motors such as this include cabin cruisers, watersports boats and ski boats.

Outboard motors can also catch fire or even cause an explosion, but it is far less likely.

It is more likely an outboard motor will smoke, and the problem will be noticed more quickly, and therefore, the engine could be turned off.

Then the proper repairs or inspection would be made before an explosion could occur.

Inboard motors are usually built into watersport boats and are good for towing and having a lower center of gravity to cut through waves, while outboard motors are more likely to exist on speedboats or party boats like yachts and pontoons.

Why Would a Boat Battery explode?

Just like motors, boat batteries can emit a flammable gas that can spark and catch fire, or even explode.

Batteries in boats do have problems with emitting a lot of hydrogen gas, which is very flammable and can get trapped within the boat and catch fire.

Internal wiring and circuitry within the boat’s battery can spark these gases and very quickly and easily blow the boat to pieces if you aren’t careful.

This is also much harder to catch, as hydrogen is a lighter-than-air kind of gas which disperses quickly and doesn’t always give a warning when it appears.

Therefore, it is crucial to make sure that your boat battery isn’t getting too hot or is being overworked.

A too-hot battery is going to leak hydrogen, which will mix with the oxygen around it, as well as the heat from the battery.

One way to keep an eye on your battery is to have temperature sensors attached or nearby the battery, which will warn you when they get too hot.

Why do Boats Explode After Refueling?

Refueling your boat can come with a lot of hazards that all boat owners need to be aware of before they refuel.

Some of those hazards are lingering fumes, leaking hoses, dislodged hoses, improper closing of valves or lines, and simple negligence.

When you earn a boating license, you learn about fueling and the proper methods to catch leaks or vapors – such as looking for a gas smell or visible fumes in the air – as well as the proper amount of time you should wait before starting your engine up to make sure all fumes and vapors have evaporated.

This is because a boat can quickly explode or catch fire if any fuel valve, fume, or drip is occurring after refueling.

Furthermore, passengers should not be on the boat when you start your engine after refueling as it creates a larger risk for injury.

How to Prevent an Explosion After Refueling:

If you are refueling your boat and are worried about an explosion, we’ve collected a few last-minute tips for you to consider:

If you have done all of these and checked them off your list, you can feel more confident in starting up your boat.

Another big risk of explosions is from propane gas systems, such as stoves and heaters.  These are common on cabin cruisers and sailboats over 25 feet long.  There are several safety practices that should be followed with propane fuel, a big one being to shut the propane valve at the tank when not using a gas appliance.

Boats that have diesel engines have a very low chance of exploding.

Overall, safe practices should be followed for all fuel related activities so that your nice day on the water is not hazardous to yourself or to your friends and family who join you on your journey.

How Batteries Can Explode & How to Avoid it