Every movement has a backstory.  It begins when a group of like-minded people sees a need for something that is missing.

How did the tiny house movement start?
Most people attribute the idea of a tiny house on wheels to Jay Shafer. He built one of the very first houses on a trailer back in 1997. The tiny house idea slowly gained momentum and today the movement is worldwide.

However, the tiny house movement had many twists and turns along the way.  Starting with a single man who wanted to have more freedom over where he lived.

Here is the story of the tiny house movement and how it continues to inspire people today!

What Is The Tiny House Movement? 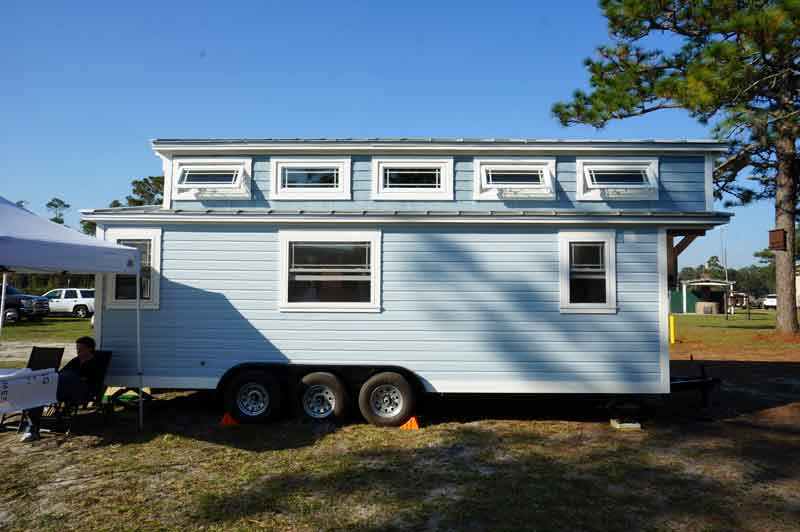 The tiny house movement, also known as the small house movement, was a community of people who wanted to downsize their life.  However, at the time, there weren’t zoning laws that allowed for these types of homes.  This is why people set out to be the change they wanted.

There are many reasons why so many people took a passionate part in this movement.  While each reason was uniquely personal, the message remained the same.

Small scale living was not only good for the world – but for the soul as well.  Here are some of the main reasons why this movement got off the ground:

People were tired of being pigeon-held to the same standard of living.  Around the time that the movement took a swing, model home communities were on the rise.  This means for home options in the ’90s, it was all about size and amenities.

Beautiful views were being traded for elaborate swimming pools and charm was being replaced by repetition.

Wanting a different type of experience from a house is one of the reasons why the movement kicked off the way it did.  People wanted more from their homes than just four walls and a roof.  They wanted to experience adventure.

With the peak of excess also came the peak of understanding.  While in the late ’90s, climate change wasn’t being talked about all the much, some people were listening.

The movement to reduce environmental impact kicked off right during the start of the tiny house movement.

People were looking for a different solution to reducing their carbon footprint.  Tiny houses were not only small in scale but small in overall impact.  This is because they used less electricity and natural resources.

The hope was that with smaller houses, there would be less negative consequences for the state of the environment.

One thing that came along with the real estate boom in the late ’90s was unforeseen debt.  This is because with larger scale homes rising in popularity, people were overreaching their finances.

People were looking for an alternative solution to owning their own home without owning debt.

At the time of the tiny house revolution, tiny houses were on average $75k which was far less than traditional big box-style houses.  This offered a different way of living for people who didn’t want to be tied down to high mortgages and property taxes. 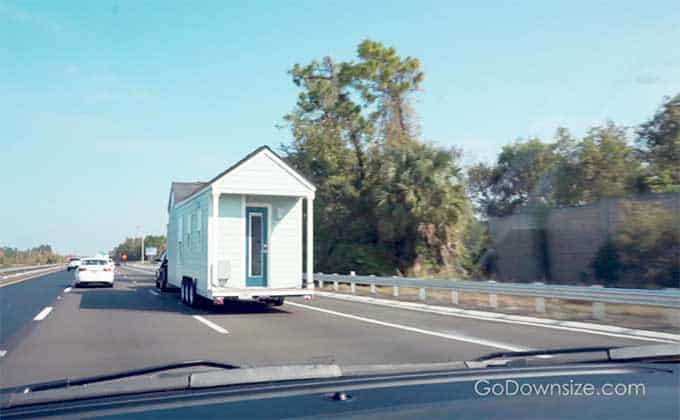 Some people want more from their house.  They want to be able to explore and hit the open road whenever the urge calls them to.  Before tiny houses, the only option for this type of living was to do so in am RV or a mobile style home.  That was until the tiny house movement took a full swing.

Tiny houses offered a new way of living for those who longed for the freedom to roam.  This is because tiny houses are designed with wheels or to be lifted on a trailer.  This meant that wherever you parked your house for the night, that would be your new yard.  Being able to move from coast to coast without drastically changing your life gave the community a wild sense of freedom.

What exactly is a tiny house?  This article helps to break down what a tiny house is and why the movement was so important!

Who Started The Tiny House Movement?

When talking about the tiny house movement, it is important to remember that there were more than one.  There were a couple of grassroots movements that took place in the late ’80s as well as the early ’90s.

However, it was the movement that kicked off in 1997 that set out to really make a difference in how people view houses.

So, who started this groundbreaking movement that led to the mass construction of tiny house communities?  An environmental and adventure enthusiast named Jay Shafer has been named as being the father or this important movement.

We interviewed Jay Shafer a couple of years ago about the tiny house movement and how it all started:

We got a good chat about how the whole movement started and how he started working on the vision of tiny house villages.

But, how did he get there?

Like most people, Shafer was looking for a new experience when it comes to the standard of living.

Looking to buck tradition and set out on an adventure, Shafer built his own wheeled tiny houses.  To this day, Shafer’s design is still marveled and used as a model for tiny houses.

Who is Jay Shafer?

Jay Shafer is often referred to as the Godfather of the tiny house movement.  While he didn’t single-handedly start the tiny house revolution, he had a large part in making it successful.

Shafer is most known in the community for this cabin style tiny houses on a trailer.  Shafer, to this day, continues to be an active member of the tiny house societies around the country with his tiny house in hopes to inspire people to downsize their life.

However, his passion for tiny houses didn’t just stop with his own home.  Since building the infamous tiny house over 20 years ago, Shafer has launched his own successful tiny house construction company.  Tumbleweed Tiny Houses is the product of Jay Shafer’s neverending journey to downsized freedom.

This webpage has been a hub for tiny house owners as well as a great resource for those looking to give downsizing a try.  From there you can search through tiny house plans, tour tiny houses and even keep up to date with what is going on with the movement.  This has allowed like-minded people to keep in touch with Shafer and to see what he has coming up next for the tiny house movement.

In 2012, Shafer left Tumbleweed Tiny Houses in the hopes to extend his reach past owners of tiny houses.  He then started the Four Lights Houses Company in order to reach a wider audience.

Through this new platform, he is able to hold workshops and seminars and continues to bring awareness to environmental issued facing our world today.

While education has become his new realm, he is still devoted to the tiny house movement in new and exciting ways.

How Has The Movement Shaped Tiny Houses Today?

Like any revolution, it isn’t always about the journey, but the outcome.

So, how did this movement help to change how people live?  The first thing that it has done is helped to change the way people think about houses in general.  Changing public perspective around excessive living is perhaps the most important outcomes of the movement.

But, it didn’t just end there.

One of the most important thing that people set out to change was the way that state’s viewed unique houses like tiny homes.  Meaning that they wanted to change the laws in particular so that more people could build their homes under the proper zoning laws.

This allowed for the building and parking of tiny houses legally right in the city.  To this day, Portland remains one of the best tiny house friendly cities in America.

While many states would follow suit decades later, Portland is credited as being the first.

To see a list of all the states that have increasingly become tiny house friendly, check out this article!

The old saying “don’t forget where you come from” hold a different meaning when it comes to the tiny house movement.  It is important to reflect and give thanks to those who have laid the groundwork for a standard downsize way of living.  While this is where the movement may have started, it certainly still has a long way to go.

However, when you consider that tiny houses were often deemed illegal before this movement, it is easy to be grateful.  But, there is still a ways to go until the revolution is over.

Many states still have regulations and laws that work against the tiny house movement.

While there are plenty of states that have become more welcoming to the downsized life, not all are on board.  But, that doesn’t mean that with a little persistence and help that it can’t get there soon.

Here’s the story of the two founders of Godownsize and their debt-free story and how they started downsizing: