Palomino Campers are known as one of the easiest and most affordable truck campers to own, but also for having a few very bad negative flaws, as well.

In this article, you will get to know the most common problems with Palomino Campers that most users face or have faced in the past. 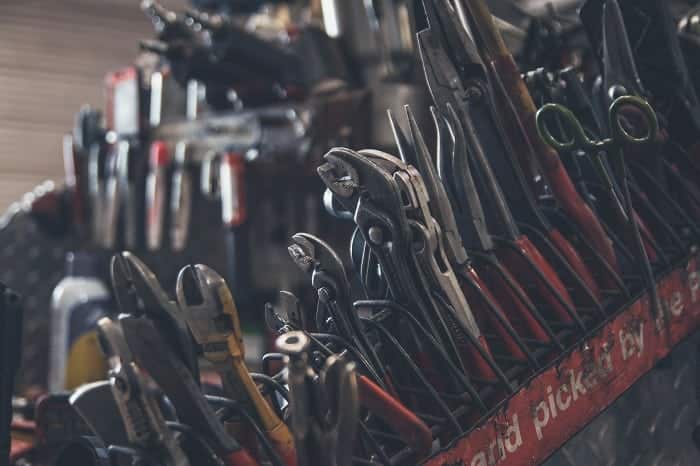 Stating every single problem regarding the poor craftsmanship and manufacturing of Palomino Campers is almost impossible.

The carelessness and irresponsibility that is shown by the manufacturers are what enrage so many Palomino Camper users.

The list of problems with these campers can go forever, but here are the most common and noticeable ones that will directly affect your camping experience.

The roof of Palomino Campers is made with cheap plastics and materials.

Users mentioned that the construction of the roof was horrible, as in some cases, they did not even install it properly. The vents are not UV resistant, which causes damage and cracks.

These damage and cracks lead to further problems that we will address later.

One such part of the camper is door handles and knobs, which get broken easily.

There are multiple complaints of door handles and knobs coming out on the first day of camping.

Palomino Campers provide a lot of windows, but most of them, once again, are made with cheap products.

Complaints of broken windows, difficulty in opening or closing windows, and many similar problems are common.

The finishing of Palomino Campers is as bad as the goods used for manufacturing.

Floors in these campers usually don’t come perfectly stapled or hammered, causing it to lift the ground.

2. Improper Wiring Could be Dangerous

Bad wiring and electrical problems are the next most common problem in Palomino Campers, once again, an outcome of poor finishing and manufacturing.

3. Leaks Can be Frustrating as Well as Dangerous

Leaks are a common problem in not only Palomino Campers but generally in every camper.

In Palomino Campers, these problems can ruin your entire camping experience, and they are also not easily fixable.

Water tank and water pump leaks are pretty usual, but other than that, these are the most common leaking issues.

This goes back to the first problem, which is poor manufacturing and craftsmanship.

Leaks in the roof usually occur due to two main reasons:

However, the manual does say to check the roof every 90 days, but even after checking, you won’t find any problems until the time it starts leaking again.

Some users complain that in heavy rainfall or storm, the AC starts dripping water.

Combining this with the roof leak, it can be a huge mess in a very little time. A lot of people also mention not only the AC but leaks in LED lights.

This is not just a matter of hassle or frustration, as water dripping from these electrical appliances can prove to be very dangerous as well.

Everything up to this point can be fixed and excused if the customer support team is adequate.

Unfortunately, the customer support team of Palomino Campers is not what the customer needs and requires considering all the previous problems we just talked about.

Unlike a few other customer support services of other companies, who are outright rude and disrespectful, the Palomino campers’ team are not helpful, that’s all.

Customers complain that after getting their problems and camper’s parts fixed by them, the problems usually come back again after just a few days, depending on when they decide to use it again for camping.

Not only this, in some cases, the campers come back with more problems than it left with.

Another concerning issue with the customer support team of Palomino is that they refuse to admit that anything is wrong with the camper.

Sometimes, this is a fair excuse for customers with unreasonable demands, but some customers have actual issues that the team refuses to fix or even admit.

Not a lot of people have complained about this, but there are some branches of Palomino that do not respond to their customers.

Even if they respond, the customers do not get any resolution, in some cases, for years.

General Pros and Con for the Palomino Campers

Users of Palomino Campers always rave about the storage space and capacity of the camper.

The living space inside of a Palomino Camper is also impressive. You can collapse a few items in the campers like the table to get extra space. Regarding space, the queen size mattress is large enough to fit three people comfortably.

Users of Palomino Camper are also impressed by the refrigerator inside the camper. The fridge is spacious, which allows people to bring more items. It can also run with AC, DC, or gas, depending on what you prefer.

The camper has many windows and ventilation options, allowing plenty of outside natural light to enter.

People also like the outside shower on the camper. It is convenient as it allows you to shower pets, if you have any, or wash off any part of the truck. It also features a hot water setting.

One can lift the electric roof or hitch up in Palomino Campers with just the use of a remote. It provides extra space in terms of height.

Palomino Campers are known for its convenient and easy to use functions and mechanisms, and also for being one of the most affordable pop-up campers.

“As you can see, going used has its benefits. You don’t have to take out a second mortgage to build an impressive overland adventure rig. This rig provides all the evidence that you need that it can be done if you can find the right truck and the right camper. It just takes research and patience.”

This is a review from a couple who bought a used Palomino Camper instead of a new one. According to them, putting time in research and studying the market to buy a used camper is still a better option than spending a lot of money on a new one.

They had to spend a total of $33,000 to get a great Palomino Camper, which provides all the evidence why breaking the bank is not necessary to get a new pop-up camper for your needs.

“Palomino was the brand that people turned to for cheap truck campers, used for weekend hunting and fishing trips, and with minimal expectation for product quality or longevity.”

Truck Camper Magazine states that people used to think, and some still do, that Palomino Campers are cheap truck campers without any actual quality or longevity.

Although this was true back in the day, Palomino Campers have increased their quality and features considerably after the 2014 redesign. Now, people have to get rid of this idea that these Campers are not good enough.

According to them, there are only a few other campers in the market that offer better value than Palomino Campers.

Overall, it seems like investing in a brand new Palomino Camper is a loss, but buying an old or used camper may seem reasonable, depending on your needs and expectations.