Which should you buy, a rooftop tent, or a camper van?  In this post, we’ll try to help you decide.

I’ll start off by going over a list of the pros, and then we’ll talk about some of the cons.

Advantages of Owning a Roof Top Tent vs. A Camper Van

A good rooftop tent is always going to be less expensive than a good campervan.

The cost differences don’t end after you make your purchase either.  While a camper van will cost you money to maintain, to insure, and to fuel up, a rooftop tent won’t cost you anything after you purchase it.

A camper van isn’t nearly as difficult to drive as a large Class A or Class C camper, but this doesn’t mean it isn’t tough to drive.

Camper vans are usually at least a full 12″ inches wider than a standard automobile and usually a lot taller and longer as well.  The visibility on these vehicles isn’t always great either.

Additionally, a campervan can be tough to park.  Some campervans won’t fit into parking garages, and others won’t even fit into standard-size parking spaces.

A gasoline-powered campervan is often restricted to about 10 miles per gallon.

Diesel campervans do a little better, but even these vehicles probably won’t get you further than 20 miles per gallon.

This means campervan owners need to fill up more often than the average rooftop tent camper, and road trips will cost more and take longer than if they had just added a rooftop tent to their daily driver.

Both campervans and rooftop tents will require some maintenance.

The difference is that rooftop tent maintenance does not take much time or cost much money, while campervan maintenance can take all weekend and cost you an arm and a leg.

Some will argue that this isn’t a fair comparison as rooftop tent campers also have to maintain a vehicle.

However, a rooftop tent camper already had to maintain their vehicle, so it really doesn’t add any additional maintenance to their life.

Also, a car, crossover, or small SUV isn’t going to be nearly as hard or as expensive to maintain as a large camper van.

Camper vans have large and expensive parts, and not all mechanics know how to work on them.

A rooftop tent doesn’t require any special licenses, and it doesn’t come with a title that needs to be transferred between owners.

Disadvantages of Owning a Rooftop Tent Vs. A Camper Van

It would be difficult to say that a rooftop tent is a luxury item.

Yes, the rooftop tent is usually more luxurious than a ground tent, but it’s a far cry from sleeping in a climate-controlled campervan.

People looking for heating, air conditioning, and plumbing would probably be better off in a campervan versus a rooftop tent.

Of course, as we said earlier, the extra luxury will come with a much higher cost.

Camping is generally safe, and I haven’t heard any stories of people being assaulted in their rooftop tents.

This being said, a rooftop tent doesn’t provide much protection against people or large animals.  A bear or mountain lion could easily climb onto a vehicle, and a person wouldn’t have any trouble cutting a rooftop tent open.

On the other hand, a campervan has hard walls and door locks.  In some campervans, you’ll even have an alarm system and a security camera system that you can use to keep yourself safe.

These options can be particularly useful in high-crime neighborhoods or in grizzly and mountain lion country.

Rooftop tent camping isn’t very stealth.  Even if people don’t notice you climbing a ladder onto the top of your vehicle, they will notice that a tent is opened on top of it.

This means you won’t be able to covertly park in neighborhoods or business parking lots.

Campervans aren’t always as stealth as people think either, but they do offer the possibility at least of camping unnoticed in a parking lot or on a residential street.

I could be wrong, but I don’t think it’s possible to get wheelchair access onto a rooftop tent.  Campervans, however, do offer handicap access, and they can be used by most people.

With a rooftop tent, you’ll need to be spry enough to climb up and down a ladder each time you want to use it.

This isn’t just a problem for people who are physically impaired, either.  Even healthy people can find the act of climbing in and out of a rooftop tent each day a little tiresome.

Campervans might cost more money to maintain, but they generally last longer.

While tents can last a lifetime, most people will find they need to replace them in less than ten years.

A campervan usually lasts 10 – 20 years, and you can still find outliers that have been on the road since the 60s.

Are you looking to get into the world of rooftop tent camping?

Here are four rooftop tents that you might want to consider: 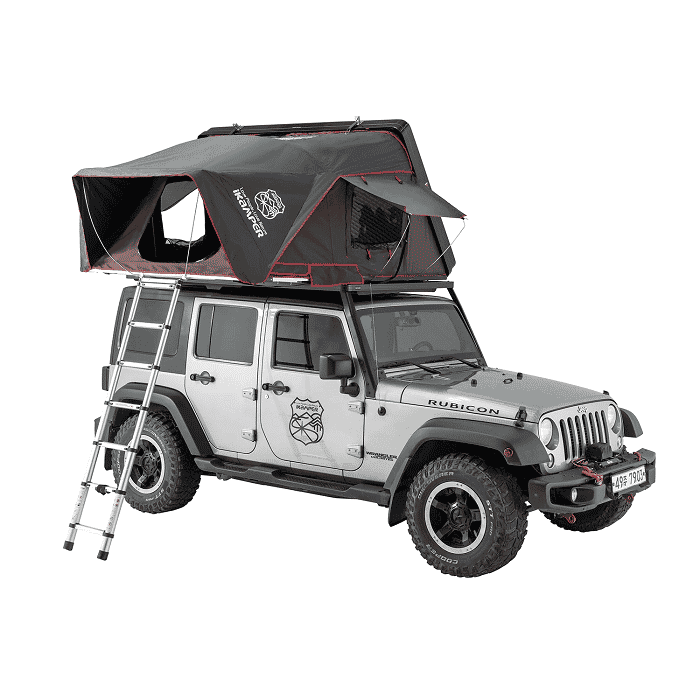 Check out pricing for the iKamper Skycamp 2.0 HERE!

This rooftop tent has a 4-person sleeping capacity and a packaged weight of 160 pounds.

It is rated for 3 seasons and will fit on most vehicles. 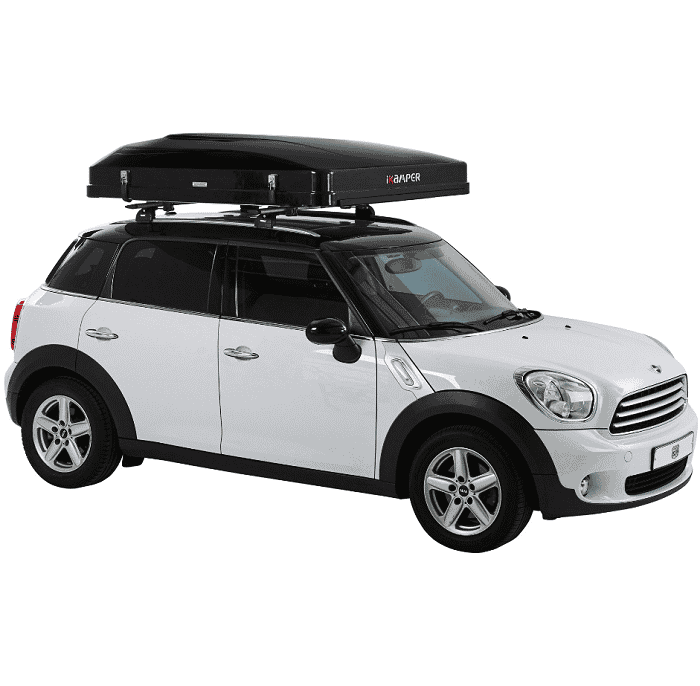 Check out pricing for the iKamper Skycamp Mini HERE!

The mini sleeps 2 people and has a packaged weight of only 125 pounds.

It is also a 3-season tent and will fit on top of even the smallest vehicles. 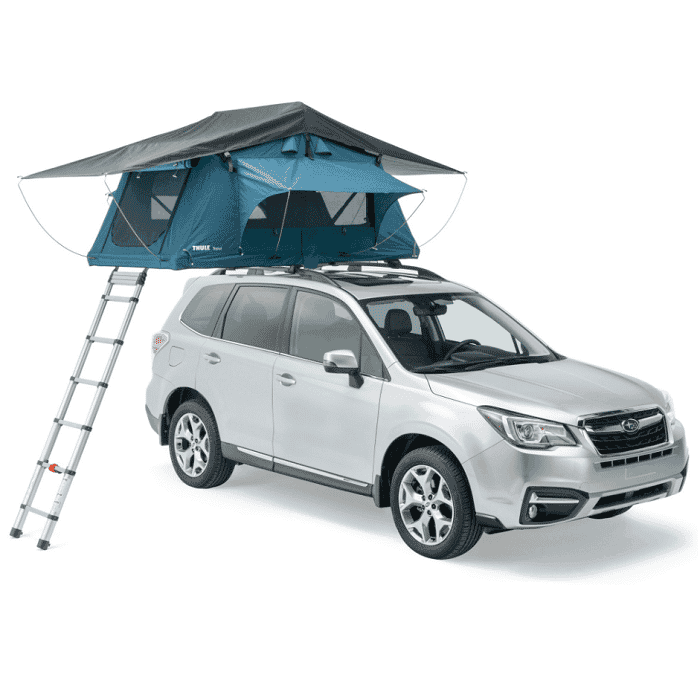 This rooftop tent sleeps two people and weighs just over a hundred pounds!

It is a 4-season tent and will fit on top of most vehicles. 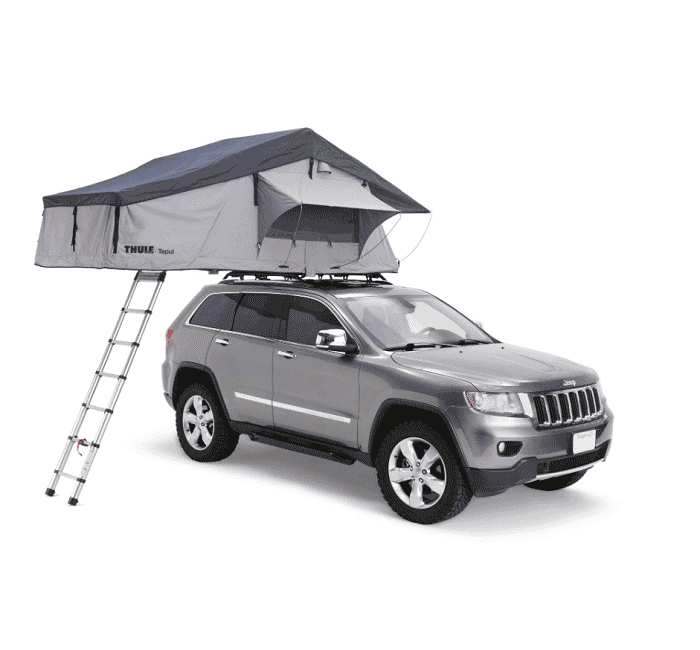 The Autana sleeps 4 people and weighs in at 190 pounds.

It is a 4-season tent that can be used on most roof racks.